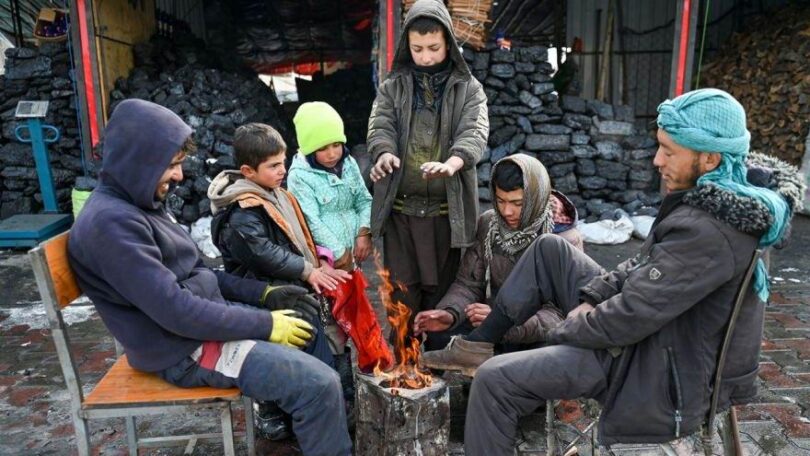 KABUL (Khaama Press): Afghanistan’s harsh winter has taken the lives of more than 175 people and livestock across the country, with the death toll rising in the coming week, Taliban officials said.
Amid the dire humanitarian crisis, Afghanistan is suffering one of its coldest winters, with temperatures plummeting to as low as minus 28 degrees Celsius, far below the average temperature of 0-5 degrees Celsius in the country.
The impact of the harsh winter has been worsened by the disruption of aid distribution to vulnerable families due to the ban on women employees of non-governmental aid organizations in the country.
Providing winterization, food and other basic living requirements is of paramount importance to the local people who are struggling to survive during the harsh winter.
Shafiullah Rahimi, a spokesman for the Taliban’s Ministry of Disaster Management on Tuesday said that Around 70,000 livestock have also frozen to death across the country.
“The harsh winter has been disastrous – taking the lives of vulnerable people and livestock, with limited aid ordinary people receive. We call on the international community and aid organizations to extend their helping hands to the people of Afghanistan during these difficult times,” a local resident in Kabul said to Khaama Press.
Since the return of the Taliban to power in August 2021, the country has been plunged into an economic and humanitarian crisis. Natural disasters including flash floods, land slings, and now extreme weather conditions have added to the problem of ordinary people who are struggling for survival.
According to the United Nations Office for the Coordination of Humanitarian Affairs (UNOCHA) nearly 28.3 million people, roughly two-thirds of Afghanistan’s population are in immediate need of humanitarian aid to survive.
Meanwhile, a senior UN delegation headed by Amina Mohammed, the UN’s Deputy Secretary-General visited Afghanistan last week and asked the Taliban authorities to lift the ban on women and girls so that aid organizations would accelerate their assistance and help the Afghan people during these difficult times.