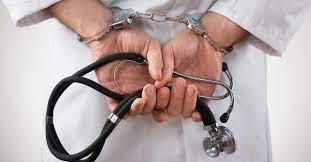 FAISALABAD (APP): A fake lady doctor was arrested from Allied Hospital and a case was registered against her under theft charges.
A spokesman said here on Sunday that mobile-phone and wallet of a doctor went missing from his room in Allied Hospital. He complained to hospital management about the the incident.
When the CCTV footage was checked, it was revealed that a lady doctor, identified as Rubab Zahra, had stolen both items.
When the hospital management interrogated her, it was also revealed that Rubab Zahra was a fake doctor, who had been stealing various valuables of doctors and paramedics.
The Civil Lines police was called in and the accused was handed over to them.
Complete potato cultivation by Jan 31
The agricultural experts have advised farmers of irrigated zones to complete cultivation of potato in the Rabi crop by January 31 to get better yield.
According to a spokesman for the Agriculture (Extension) Department, potato is used largely in Pakistan because it is a rich source of proteins, carbohydrates, potassium and sodium, etc.
Therefore, farmers should cultivate potato over maximum space of land. They should also use approved varieties of potato for cultivation because its production would not only play a role in catering to domestic food requirements but also help growers mitigate their financial issues, he said.
Among the approved varieties of potato included C-919, C-922, C-707, C-2115, C-9041, P-3163, P-3203 and Ghauri, he added.
Sweets shop gutted
Precious material in a sweets shop was reduced to ashes in the area of Civil Lines police station.
A police spokesman said here on Sunday that a fire erupted in the shop situated at Iqbal Stadium Area due to short-circuiting.
The fire engulfed the entire surroundings and burnt precious material present in the shop.
Receiving information, fire-fighters of Rescue-1122 rushed to the spot and brought the fire under control after hectic efforts of many hours. However, no loss of life was reported in this incident, he added.