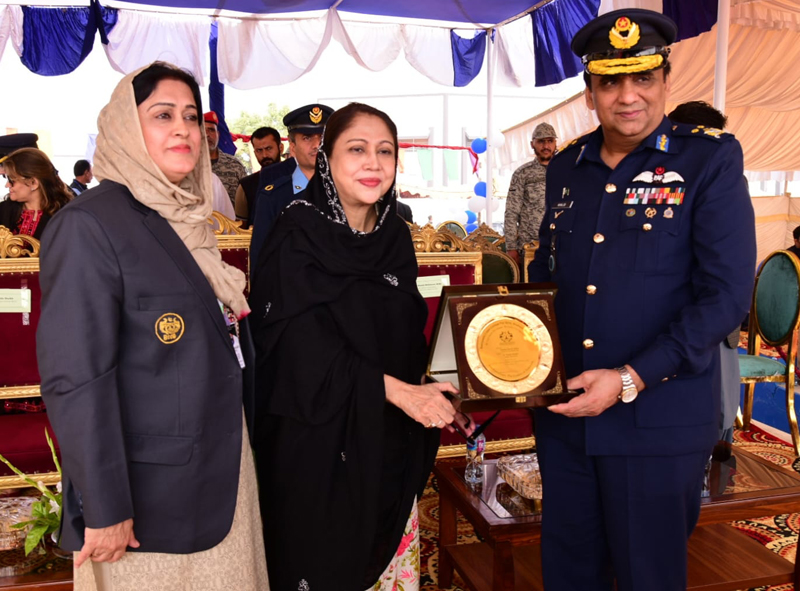 Faryal Talpur received a grand welcome on his arrival at the college, with cadets giving a salute during the march past. On this occasion, she also planted a sapling in the college, inaugurated the arts and science exhibition and the newly constructed hostel block. Faryal Talpur distributed prizes among the position holder students of the college and appreciated their passion and dedication.

Faryal Talpur said that Bakhtawar Cadet College was the first educational institution of its kind in the country, after the establishment of Bakhtawar Cadet College, an example was set for others to emulate. She added that today’s function may be just a college activity for the guests here, but for me today is an opportunity to re-examine my dream.

The present moment reminds me of the days of struggle for the beginning and fulfillment of this dream.

Faryal Talpur further said that considering the success of this college, we have established the second Girls Cadet College in Larkana, when she came here in the year 2018, there were only 60 female students at that time but today this institution is outstanding in every respect.

Addressing the ceremony, she further said that President Asif Ali Zardari always guided the establishment of this college to completion as soon as possible and Chairman Bilawal Bhutto Zardari is actively working to complete the mission of his mother Shaheed Ms. Benazir Bhutto.