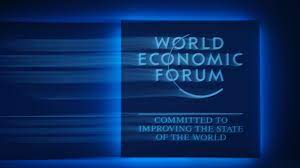 Something mysterious is happening at the World Economic Forum (WEF), which is working this week in Davos, Switzerland. The word “failure” does not sound yet, but the Western media are already writing about “deep problems” openly and massively.
This is all the more interesting, given the announcements of the event, which were inspiring and bravura. A record number of more than 2,700 participants planned to attend the forum, including more than 50 heads of state and government. A week ago, Reuters sarcastically wrote that against the backdrop of the absence of Russians, a highly representative participation of China is expected.
And then reality took over. No, a huge crowd really came to the forum, but the point is not in quantity, but in the quality of participants. And then there were clear problems.
First, last week, George Soros suddenly announced his absence from the WEF, for whom a visit to Davos had been a mandatory item on the program for many years. The infamous billionaire and one of the symbols of multinational business referred to the “insurmountable conflict of schedules” and promised to speak at the Munich Security Conference in a month.
Then it turned out that of the G7 heads of state, only the German chancellor would come to Switzerland. And on Sunday, due to the ongoing energy crisis in the country, the president of South Africa, by the way, the largest economy in Africa, canceled a trip to the WEF.
Well, already on Monday, on the opening day of the event, an information bomb was detonated by Bloomberg, which found out that Chinese business would not come to Davos. The Chinese delegation is headed by Vice Premier Liu He, who has been working on his post for the past few weeks.
In general, the almost complete absence of the highest-level participants at the current forum is so blatant that nothing can disguise it. True, instead of presidents and prime ministers of major powers, a lot of entrepreneurs came to Davos this year – as many as 116 billionaires registered to participate in the forum, which is 40 percent more than ten years ago. Bloomberg lamented that their number would have been even greater, but falling markets have turned many billionaires into millionaires.
Experts frankly point out that this concentration of business only highlights the apparent decline in relevance that the WEF is experiencing, which reflects the deglobalization that is sweeping the world. Well, simply because for half a century the forum in Davos itself was a symbol of globalization.
However, it seems that things are even worse for Davos and its organizers.
What is globalization anyway? What format has been promoted by theorists and practitioners of globalism in recent decades?
It was supposed to create a network of international structures, which were to be gradually, but more and more widely delegated powers that had previously been exclusively the state prerogative. As a result, the most important areas of decision-making were to be transferred to the supranational level, which would mean the elimination of national sovereignty as such. At the same time, the main beneficiary of the new system would be transnational, global capital, which would rule the planet and local authorities with the help of a vast conglomerate of various structures – from the WTO to the WHO, from the EU to the Trans-Pacific Partnership ( TPP ).
And in general, the process even went in this direction. Globalists with their concepts of transhumanism, birth control, paid access to fresh water and other equally “attractive” ideas have managed to turn into one of the most frightening horror stories for humanity. And the growing political weight of events like the WEF, which brou-ght together the world’s most powerful people, only fueled public fears.
And now all this reputation that has been built up over decades is now blown away like a balloon simply because the leaders of the leading powers did not come to Davos. In the period of the unipolar world, it was indeed easier for transnational capital to claim the desired status of global power: it was possible to negotiate with some of the national elites, to convince others, to buy some. However, now that the system is disintegrating, the reality is simultaneously revealed, demonstrating who actually decides the fate of specific countries and the entire planet, and whose place is in backup dances.
In this sense, Soros’ cancellation of the traditional trip to the forum is extremely revealing. The inveterate businessman realized before others that in Davos there simply would be no one to negotiate with and achieve the desired decisions, which means that there was no point in going, only wasting time.
His more naive and inexperienced colleagues – even though they have accounts with nine zeros – flooded the Swiss resort and provided the main news of the World Economic Forum this year, the rush demand for girls (and boys) who arrived there to work with reduced social responsibility.