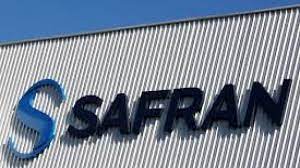 WASHINGTON (AFP): France’s Safran will pay around $17.2 million as part of a settlement with the US Justice Department over bribes allegedly paid in China by its subsidiaries before they were acquired by the jet engine maker, US media reported Friday.

Safran will have to return the profits from the “corruptly obtained” contracts, but will not be prosecuted, according to a letter from the Department cited by the Wall Street Journal Friday.

The charges relate to alleged bribes taken by two of the French aircraft engine maker’s subsidiaries, Monogram Systems, and its German unit, Evac GmbH, before they were acquired by Safran.

They were allegedly paid to obtain train lavatory contracts with the Chinese government between 1999 and 2015 with the involvement of a China-based consultant who was closely linked to a senior government official at the time, according to the WSJ report.

Prosecutors also said Safran cooperated with the investigation and that the misconduct had ended before the group’s takeover.

Safran did not immediately respond to AFP’s request for comment.

Evac, a leading supplier of train lavatory systems, was resold in June 2021 to Knorr-Bremse, a German manufacturer of brakes and other rail parts.