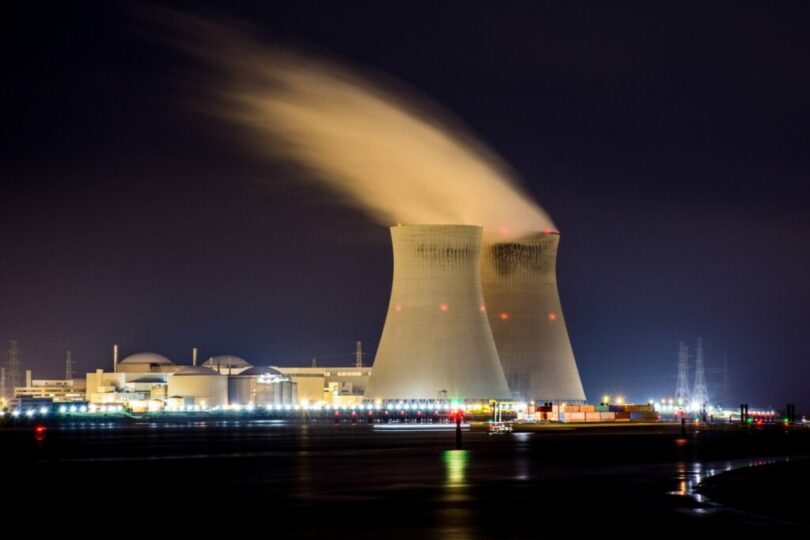 The French are actively buying up flashlights, gas burners, generators – they are afraid of emergency or planned power outages. About how the country with Europe’s largest nuclear power industry is returning to the past – in the material of RIA Novosti.
Worst Times
After the oil crisis of 1973, France, which does not have many natural resources, relied on nuclear energy. They launched the world’s largest program for the construction of nuclear power plants, and by the early 1990s the republic became one of the leaders in the field of peaceful atom. More than 70% of French energy for 25 years was generated by nuclear power plants. In addition, a powerful fleet of reactors has allowed the country to become one of the largest exporters of electricity.
However, in recent years, the French have been carried away by the green agenda – even the local analogue of the Ministry of Energy is called the “Min-istry of Energy Transition”. The French actually forgot about investments in “peaceful atom”. The industry is going through the worst times. France now has 56 nuclear reactors, 43 of which were commissioned before 1990. Many have exceeded the planned service life, which is simply extended. Equipment is aging, failing, and modernization requires huge investments.
Never before has the French state-owned energy company EDF produced so little power as in 2022. Half of the entire reactor fleet was stopped for repairs. In the spring, traces of corrosion were found on the welds of twelve power units connected to the primary circuit of the pipes of the emergency cooling system. Moreover, problems arose at nuclear power plants improved by the French – with old reactors similar to American ones, there are no such difficulties. To avoid a shortage of electricity, EDF has pled-ged to restart all the stopp-ed devices before winter, but a dozen and a half reactors are still not working, and the deadlines for returning to operation are constantly being shifted. As a result, according to analysts’ forecasts, the share of nuclear energy in the energy balance, instead of the usual 70%, may drop to 58% this year. And the country, which previously exported electricity in large volumes, will be forced to buy it from its neighbors.
“City of light” without light
Realizing the threat of losing energy independence, French President Emmanuel Macron in February 2022 announced the “revival of nuclear energy.” In particular, there are plans to build 14 next-generation reactors: six can be put into operation by 2035, the rest by the end of the 2040s. In other words, this will take many years, and the problems must be solved now.
The French National Electricity Network Operator (RTE) warned in the fall that a delay in restarting reactors could have dire consequences for electricity supplies in the winter. The situation is complicated by the fact that electric heating is widespread in France – for a long time this was encouraged, because excess electricity had to be sold somewhere.
Now, due to the likely rolling blackouts, the French have been asked to reduce energy consumption. The authorities have even developed the Ecowatt mobile application, with which they plan to warn citizens about possible “load drops” – as the local Newspeak called planned power outages that may be required to avoid a blackout. It is assumed that the power supply will be interrupted if necessary for two hours during peak periods (morning and evening). Outages can affect homes, schools, shops, public transport, traffic lights, and telecommunications. Exceptions are critical infrastructure facilities: hospitals, police stations, prisons, government buildings and hazardous industries.
To fine-tune the RTE system, a nationwide exercise was held in December, and the authorities are disseminating recommendations through the media for citizens on how to behave in the event of a temporary power outage. And they call for a joint policy of “energy sobriety”: do not heat the premises above 19 degrees, dim the lighting of buildings, and if possible, do not turn on the light. According to Macron, if everyone is conscious and reduces energy consumption by ten percent, problems can be avoided.
Relatively warm weather and reduced consumption will see a quiet Christmas holiday for energy workers, according to the latest RTE forecast. The risk of blackouts in January is at an average level. Being prepared is not a sin. Despite assurances from the authorities, many are preparing for a possible blackout. So, since the beginning of December, sellers of candles have recorded a sharp increase in demand. The French are bought in advance so that they do not have to sit in complete darkness. So far, there is no shortage, but it may appear in the event of real outages.
Also, many are actively dismantling tourist equipment in stores: flashlights, camping stoves and gas burners. Not because they gathered in nature, but in order not to sit hungry if the light is turned off.
In addition, sales of power generators – not only portable, but also industrial – have more than doubled: they are in demand from medium and large companies that fear that “load shedding” can cause serious damage to equipment. The fact that French citizens in the 21st century are afraid of being left without electricity is traditionally blamed by some politicians and the media on Russia. However, it is obvious that the local authorities have started the situation in the nuclear industry too much. And, having lost time, they will be forced to make up for it for a long time.