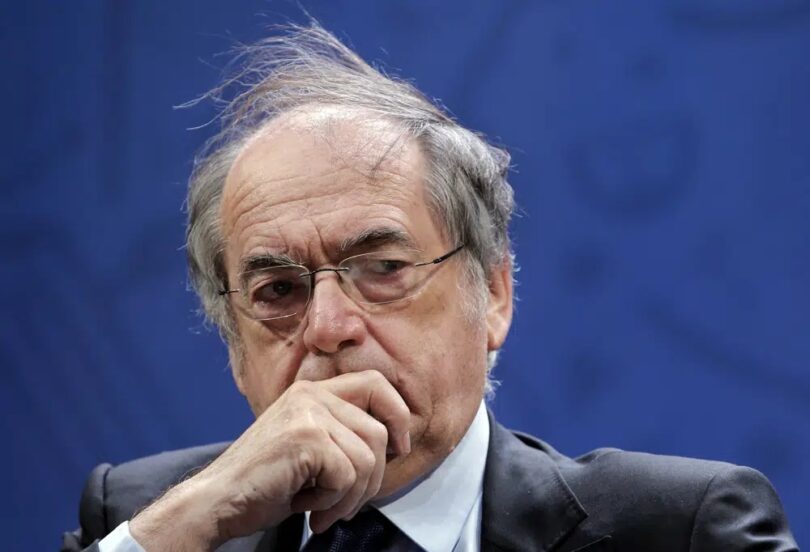 PARIS (AP): Noël Le Graët agreed to step back from his duties as president of the French soccer federation on Wednesday following an emergency executive committee meeting into his behavior.

The 81-year-old Le Graët has faced claims of sexual harassment and the soccer federation is the target of an investigation ordered by French Sports Minister Amélie Oudéa-Castéra. The federation said in a statement Wednesday that Le Graët agreed to step away from his role until the audit’s findings have been fully reviewed by the executive committee.

That is expected to be by the end of January. Until then, he will be replaced in an interim role by federation vice president Philippe Diallo. The federation added that director general Florence Hardouin has been temporarily suspended to allow for an investigation before eventual contract termination. No further details were given about Hardouin.

Le Graët recently extended France coach Didier Deschamps’ contract until July 2026, after he led the national team to the World Cup final in December. The executive committee said it has validated the contract.

On Tuesday, sports agent Sonia Souid accused Le Graët of improper conduct over several years, saying he only was interested in her sexually. Souid said in an interview with L’Equipe sports daily that Le Graët repeatedly tried to approach her from 2013-17.

Oudéa-Castéra piled yet more pressure on Le Graët on Monday, accusing him of “damaging the image of our country.” Patrick Anton, head of the French soccer federation’s ethics council, issued a statement Tuesday urging Le Graët to leave his post.

Le Graët has had a tumultuous week after saying he “ couldn’t care less ” about France soccer great Zinédine Zidane’s future as a coach. He subsequently apologized for his comments after facing a barrage of criticism.

Le Graët and Hardouin also have senior positions at FIFA and UEFA.

Le Graët is currently a candidate for another four-year term on the FIFA Council, the soccer body’s decision-making committee. He is being challenged for the seat by Portuguese soccer federation president Fernando Gomes. The election is set for April 5, when UEFA member nations meet in Lisbon.

Hardouin has the protected women’s seat on UEFA executive committee, which expires at the April 5 congress in Lisbon. She could withdraw as a candidate by the Feb. 5 deadline.

Oudéa-Castéra ordered an investigation into the federation in September after the body said it would file a defamation lawsuit against So Foot magazine, which reported that Le Graët allegedly harassed several female employees.

Last March, Le Graët was re-elected on a four-year term despite opposition from anti-racism activists who describe him as out of touch.
Le Graet had downplayed racism in soccer, telling broadcaster BFM: “This phenomenon of racism in sport, and in soccer in particular, does not exist at all or barely does.”

Le Graët was against the idea of players wearing rainbow-colored armbands to campaign against discrimination during the World Cup in Qatar.