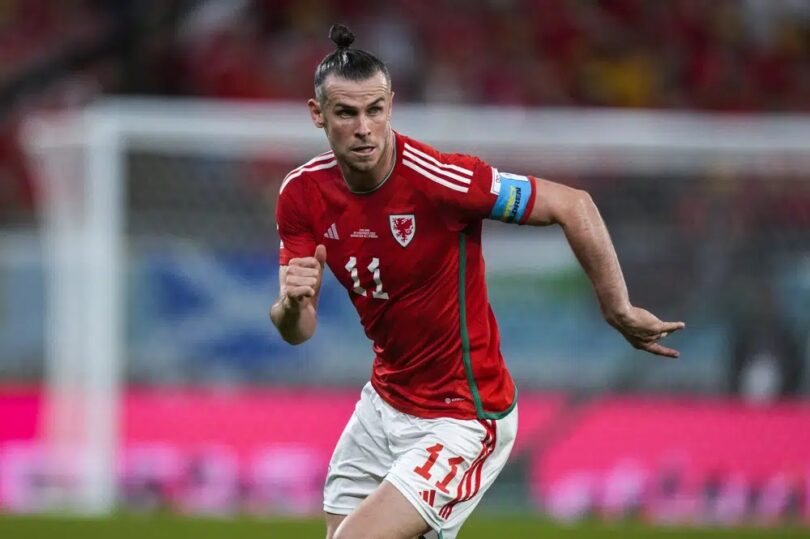 LOS ANGELES (AP): Gareth Bale is retiring from soccer at age 33 after setting a Wales record with 41 international goals.

Bale’s last match was a 3-0 loss to England at the World Cup on Nov. 29, his 111th international appearance.

“My decision to retire from international football has been by far the hardest of my career,” Bale said in a statement Monday. “My journey on the international stage is one that has changed not only my life but who I am. The fortune of being Welsh and being selected to play for and captain Wales, has given me something incomparable to anything else I’ve experienced. I am honored and humbled to have been able to play a part in the history of this incredible country, to have felt the support and passion of the red wall, and together have been to unexpected and amazing places.”

Bale also said he is retiring from club football. He scored 53 Premier Leagues goals and 81 in La Liga, finishing last season by helping Los Angeles win the Major League Soccer title. Bale won five Champions League titles, three Spanish league titles, one Copa del Rey and one League Cup. “I move on with anticipation to the next step in my life,” he said. “A time of change and transition, an opportunity for a new adventure.”

Bale made his Wales debut on May 27, 2006, in a friendly against Trinidad and Tobago, and the speedy winger helped Wales reach the semifinals of the 2016 European Championship, where it lost to Portugal 2-0. Wales qualified for the 2020 Euros, losing to Denmark in the round of 16, then qualified for its second World Cup and first since 1958. Bale scored the equalizer in an opening 1-1 draw against the United States. Wales then gave up a pair of goals in second-half stoppage time in a 2-0 loss to Iran. Bale broke the previous Wales record of 28 goals set by Ian Rush. Bale’s appearances also are a Wales record. He has won Wales’ player of the year award six times.

“How do I describe what being a part of this country and team means to me? How do I articulate the impact it has had on my life? How do I put in to words the way I felt, every single time I put on that Welsh shirt?” Bale said. “My answer is that I couldn’t possibly do any of those things justice, simply with words. But I know that every person involved in Welsh football, feels the magic, and is impacted in such a powerful and unique way, so I know you feel what I feel, without using any words at all.”

He joined Los Angeles FC from Real Madrid last June and helped his new team win the MLS championship, scoring a 128th-minute equalizer in the final. LA went on to beat Philadelphia on penalty kicks. Bale played for Southampton (2006-07), Tottenham (2007-13, 2020-21) and Real Madrid (2013-22). He joined Real Madrid after scoring a career-high 21 Premier League goals for Spurs in 2012-13. He scored double-digits league goals in four of his first five seasons with Madrid.