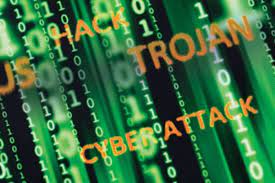 BERLIN (AFP): German industrial giant Thyssenkrupp on Tuesday said it was fending off a cyberattack against two of its divisions, but that no data appeared to have been lost.

“Thyssenkrupp is currently the target of a cyberattack — presumably by organized crime,” he said, adding that German authorities had been informed.

The company’s cybersecurity experts had noticed the hacking early and were working with a crisis team to contain the attack “and ideally end it as quickly as possible”, the spokesman said.

“At the present time, no damage has been done, nor are there any indications that data has been stolen or modified,” he added.

Other divisions of the sprawling group — which manufactures everything from steel and car parts to industrial plants and submarines — were not affected.

They demanded a ransom of $40 million but Continental said it had refused to pay.

Germany is on high alert for cyberattacks in the wake of Russia’s war in Ukraine.

The Federal Office for Information Security said in October that the threat level for hacking attacks and other cybercrime activities was higher “than ever”.