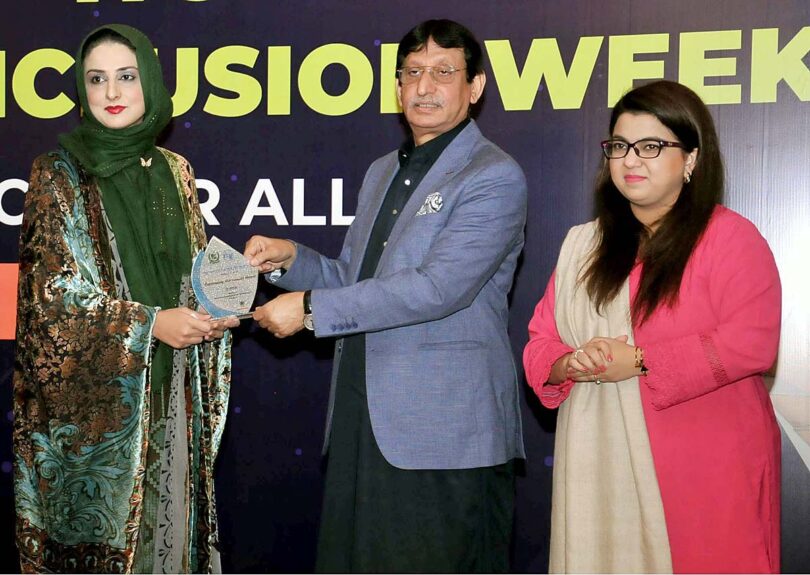 ISLAMABAD: Federal Minister for Information and Technology and Telecommunication Syed Amin Ul Haque Monday said that the government is committed to end the digital divide between the urban and rural areas of the country.

Effective measures are being taken for digitalization in the country and the Ministry of IT is taking every possible step for a better digital future, the minister expressed these views while addressing the inaugural ceremony of Pakistan-ITU Digital Inclusion Week, 2022 here.
The two-day event is aimed at raising awareness about the importance of mainstreaming digital inclusion in Pakistan in addressing the digital divide, particularly among people in vulnerable situations such as girls, children, and people with disabilities.

He thanks to International Telecommunication Union (ITU) for their splendid support for all the countries of the world in general and for Pakistan in particular, in the areas of women empowerment, ICT Accessibility and Child Online protection.

Syed Amin Ul Haque said that it is the topmost priority of the government to empower women. Steps are being taken to equip youth with digital skills, he said.

He noted that the digital revolution characterized by artificial intelligence, big data, cloud computing and mobile robotics and many more such areas which were previously considered the technologies of the future, have now become the need of the time. The Minister said that the ICT For Girls Project of the Ministry was an important initiative to empower women.

He said that work on a number of projects is going on for the provision of telecom services in far-flung areas of the country. He said that the Ministry of IT has formulated National ICT Council for Persons with disabilities with the aim to support special people with assistive technologies and make them earning members.

He said that cooperation between ITU member countries regarding digital transformation is vital.

It is pertinent to mention here that the event of Pakistan-ITU Digital Inclusion Week is highlighting three main initiatives including Girls in ICT Day Pakistan, Accessible Cybercafé for all, and child online protection.