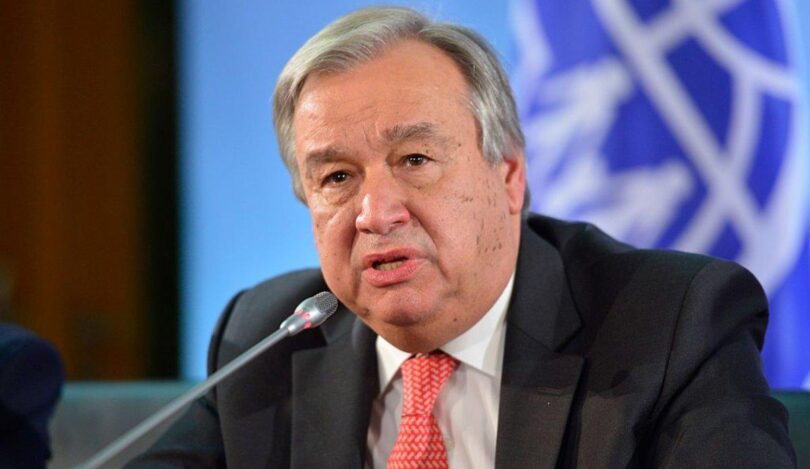 The UN Secretary-General António Guterres has urged the world’s nations for the deployment of an international specialized armed force to Haiti and also called on governments to consider a pause in the deportation of Haitians as the country’s situation spirals. According to the UN report, gang-related violence and human rights violations have reached a critical level and Haitians are suffering the worst human rights and humanitarian emergency in decades.

The poor Caribbean nation is embattled in a persistent socioeconomic and political crisis that has been marked by the global energy crisis, gang violence, violent protest, scarcity of fuel and fluid along with outbursts of cholera and famine in most parts of the country. Haiti has multiple issues however armed gangs created violence and political unrest are the core problems that shattered the weak democracy.

Earlier, a gang coalition captured an important fuel terminal in Port-au-prince and jammed the entire country. Resultantly, the interim Haitian government appealed to the United Nations and the United States to deploy specialized troops in its country to help control violence and restore peace to the nation. Several western nations including the US, Canada, and others were ready to deploy their forces in Haiti but hundreds of agents of choas and gang members staged protests in the capital agaisnt the deployment of foreign troops and demanded foreign aid and economic assistance for their country.

Currently, the North American nation has become a hub of crimes, violence, assassinations, and kidnappings for ransom while the Police are unresourced, ill-equipped, and insufficiently trained while the government has no writ in the country. The reports suggest that several Haitian politicians and Police Officers are secretly supporting the armed gangs and received a handsome reward for their favor for criminal groups. Presently, the UN intends to deploy global troops in Haiti prior to the general election in the country for the peaceful holding of polls and a smooth transition of the government. Although the Haitian government and the International community are determined to realize peace in Haiti however, the criminal goons and their supporters seek their flourishes in chaos and rivalry, thus Haitians’ future is uncertain because their nation is polarized and quarreled so far.