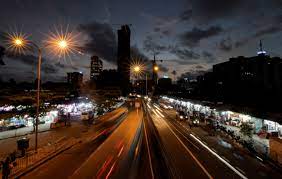 In that wonderful era, which is now irrevocably fading like a dream from memory, we were taught that democracies do not fight among themselves. At least one of the parties to a military conflict must necessarily be undemocratic. If both are democratic, then all disagreements are resolved peacefully and to mutual satisfaction. Thus spoke Zarathustra.
Modern Poland and Germany are obviously democracies. They are allies in NATO (although this is still a completely convincing argument – Turkey is also a member of NATO, as well as Spain during Franco), and also in the EU, which, according to its officials, stands for all good things, and most importantly, for democracy.
And now, since the fall of 2022, two equally respected countries have not yet been conducting hostilities, but are increasingly bickering over the issue of Germany’s payment of reparations for World War II. Poland demands 6.2 trillion zloty – about 1.3 trillion euros, which is equal to three annual budgets of Germany. In Berlin they answer: “God will give.” What is perceived by Warsaw as extreme disrespect.
And not just perceived. Warsaw at the end of December already turned to the Council of Europe with a request to influence Germany and force it to pay indemnity, and on January 3 asked for similar support from the UN : let it create a platform for negotiations on this issue, then the FRG, obviously, will not dare to ignore the demands Poland.
Furthermore. The Polish government’s commissioner for reparations, Deputy Foreign Minister Arkadiusz Mulyarchik, intends to visit the United States this month to lobby for Polish demands before Congress, as well as before the “polonium”, that is, the Polish diaspora. Which is quite influential in America.
All this is reminiscent of the American sanctions practice. Having once decided to achieve the fulfillment of their demands, the Americans can weaken or increase the pressure, but they will not give up their claims. See the long history of the Jackson-Vanik amendment (concerning difficulties with leaving the USSR ), adopted in 1974 and outlived this same USSR by a quarter of a century. According to the principle “Where a horse with a hoof goes, there goes a cancer with a claw,” the Polish lords intend to show Berlin (probably Moscow for company) that now they will never leave their own. “If I decide something, then I will definitely drink.”
Although the Polish demands themselves are quite unprecedented. World War II ended more than seventy-seven years ago. Those born in 1945 are now very old people. But here:
“You were rude to me eight decades ago,
I haven’t forgotten that, mate.
Explaining such vindictiveness, Polish politicians point out that in 1953 Poland and Germany agreed to refuse reparations. In their opinion, this agreement is void, since the then Polish People’s Republic was a Soviet satellite and, therefore, did not have sovereignty.
True, there are two difficulties here. By 1992, Poland already had full sovereignty. As well as reunited Germany. What prevented us from demanding reparations even then, without postponing the matter for thirty years? Furthermore. Warsaw did not mention reparations either in 1999, when it became a member of NATO (and thus an ally of Germany), or in 2004, when it strengthened the bonds of friendship and cooperation by joining the EU.
And, by the way, having received then long-term and significant – about seven billion euros a year – European subsidies, which were mostly paid for by that same Germany. True, now the period of subsidies is ending – “I put you in the saddle, now if you please, ride on your own.” Obviously, this explains the fact that the pans remembered the historical guilt of Germany only now: the money is very needed.
But there is a problem here. If the PPR did not possess sovereignty, and therefore its renunciation of reparations in 1953 is insignificant and in no way binds the current Rzeczpospolita, then was the PPR sovereign when it annexed Danzig, Stettin, Breslau, East Prussian Allenstein? According to legal logic, the acquisition of Silesia, Pomerania, etc. must also be declared null and void. And just in the fall of 2022, Chancellor Scholz, having received a Polish note on reparations, transparently hinted that such a turn was also possible. Reparations are also possible, but then Germany was within the borders of 1938 (with the exception of the Kaliningrad region, since Russia did not declare the agreements signed by the USSR null and void).
With such a turn, the clairvoyant lords would only have to object to the Germans, perhaps in the spirit of “We play here, we don’t play here, we wrap the fish here.” Not the strongest negotiating position. Berlin’s answer here can be either the canonical German Lecken mich im Arsch (that is, “Kiss my ass”), or – more politely, still a true ally – the wish to receive Ucho od sledzia, “an ear from a herring”.
The most mysterious thing here is – why do panamas need it? Yes, the FRG under the current red-green government deserves to publish (as it was under Napoleon) the pamphlet “Germany in its greatest humiliation”, but still not in such a way as to bend even before Poland. It can be objected that even more grey-haired politicians are sitting in Kyiv. But Kyiv has nothing to lose, and they can proceed from the fact that in the current global battle, the winner takes all. But the panamas seem to still have something to lose, and exorbitant dem-ands in all respects – both from a totalitarian enemy and from a democratic ally – can only be called a delusion of reason.