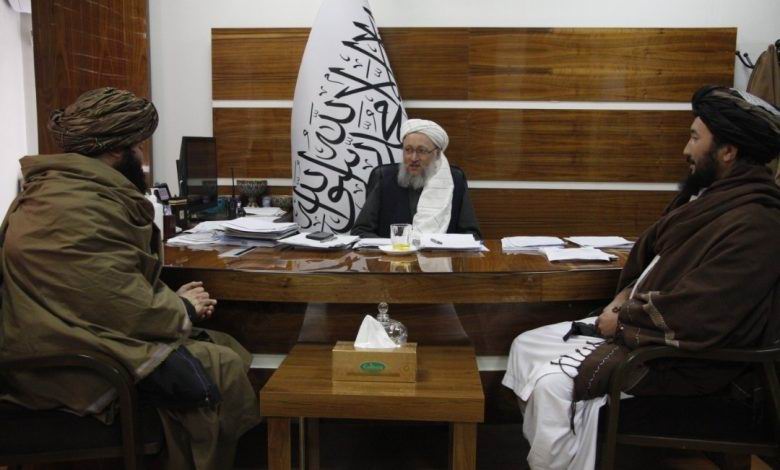 KABUL (Agencies): The Deputy Prime Minister of the Islamic Emirate of Afghanistan, Mawlavi Abdul Salam Hanafi, met with local officials of Badghis province.
During the meeting, Mawlavi Mohammad Saleh Pardel, the governor of Abkamari district of Badghis, shared details about the economic, social, governance and security situation with Deputy Prime Minister Hanafi.
In the meantime, Mawlavi Ghulam Sakhi Azad reminded of sacrifices made by Badghis’s Mujahideen of Badghis during invasion time and said they will always be ready to support the Islamic government.
He raised his concern in the sector of dealing with the economic problems of the people of Badghis and asked for the attention of the officials of the IEA.
For his part, Mawlavi Abdul Salam Hanafi said: “The people and the Mujahideen have fulfilled their responsibility towards the country and the system, now it is the responsibility of the officials to fulfill their commitment to the nation and the Mujahideen.
The Islamic Emirate of Afghanistan pledge it one of its responsibility to deal with the problems of the people, mainly the Mujahideen, and will take action to address the people’s problems.