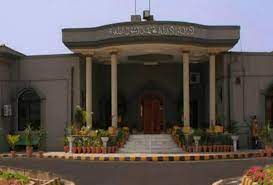 ISLAMABAD: The Islamabad High Court on Wednesday adjourned the contempt plea filed by PTI Senator Azam Swati against the Capital Development Authority’s.
As per details, the court rejected the plea to issue a contempt notice to the respondents.

Justice Arbab Muhammad Tahir said that the contempt plea which the petitioner mentioned, was neither the court order nor the petitioner’s plea. The court remarked that the petitioner himself is ready to demolish illegal construction but urged to stop the authorities from demolishing the illegally constructed farmhouses.

There is no mention in the court order or in the petition to de-seal the property, Justice Arbab Muhammad Tahir added. Earlier, the Islamabad High Court (IHC) suspended the CDA notice to seal PTI Senator Azam Swati’s farmhouse. (INP)