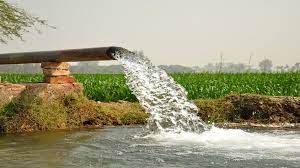 ISLAMABAD: After the catastrophic year of 2022, the country witnessed a unique pattern of natural hazards that seriously impacted its economy, livelihoods, lifestyle and social fabric also posing challenges of water and food security.

The miseries that people suffered in flood and drought-hit areas are eye-openers for the policymakers and call for devising prudent strategies to conserve its resources, especially the rapidly declining water resource.

Experts believe that time was ripe to work out a well-thought-out plan to roll out a water pricing regime with an improved governance model to address the water scarcity issue spiking up in the country.

The situation is alarming as 5600 cubic meter per capita water availability in 1951 has presently declined to 908 cubic meter making the country water stressed. With our population already estimated to crossing 220 million from 34 million in 1951, it is feared that the country would soon fall into the water scarce category.

“Around 29 million acre-feet (MAF) water was being wasted every year in the country due to poor storage facilities and accumulation of silt in main water reservoirs of Tarbela and Mangla,” remarked former WAPDA Chairman Shams ul Mulk. “This water wastage costs our economy in billions of rupees every year.”

“Unchecked population growth and lack of water conservation and storage facilities would be bringing about much harder days ahead,” he warned.

As our current Rabi crop is facing 38 percent water shortfall, it is evident that in near future, on one hand we shall be fast losing our water reserves and on the other hand spending our precious foreign exchange on the import of food items.

Shrinking river water resources and massive pumping out of groundwater is another challenge as mentioned by Pakistan Water Gateway, a non-governmental water-research portal.

“If groundwater depletion continues at the current rate, we shall face widespread water poverty in the next few years,” the portal recorded and recommended that efficient water management should be at the heart of our policies in developing agricultural and industrial sector projects.

“Water scarcity is affecting almost every continent with around 1.2 billion people, or almost one-fifth of the world’s population living in areas of physical scarcity,” commented Water expert Arshad Abbasi.

“Moreover, around 500 million people are approaching this situation with another 1.6 billion people, or almost one-quarter of the world’s population facing economic water shortage,” he added and warned that Pakistan was also not an exception.

As the respective government strived hard to cope with looming water scarcity challenge, the desired results are yet to be achieved.

“Most of the water wasted during irrigation can be saved by using the latest technologies”, he said. “If our population continues to grow at the same pace and water resource remains constant, we would be touching absolute water scarcity level by 2025 (below 500 cubic meter per capita).”

He said that PCRWR Water Report had issued a detailed report in 2018 that led to the approval of the National Water Policy the same year after a pendency of 30 years.

“PCRWR, on its part, has played the role of a whistleblower warning that if population continues to grow at current pace, construction of a single dam that needs at least 10 years to complete, would not be sufficient to cater our water needs,” Dr Ashraf said.

In this scenario, he not only stressed strict water conservation strategies but also water metering and charging the consumers as per water usage.

“For me, water is gold. Everything has an alternate but not the water. Therefore, we shall have to conserve it today for our better tomorrow.”

He said 60% of our population lacks access to quality drinking water with the country fearing 30% further water downfall by 2030. “PCRWR samples from rivers at certain levels had zero dissolved oxygen indicating that no aquatic life can survive in this water which is another alarming indicator.”

“Engaging youth in water conservation initiatives is critical for an overall behavioral change,” he said and suggested more research on waterfront and share knowledge with all stakeholders on efficient water management.

The latest IPCC Report’s message on climate change and the environment is also very clear as it highlights increased frequency of natural disasters and is feared to cost the vulnerable countries in billions as witnessed during our recent floods.

“National water security is based on urban, economic and other securities and Pakistan has the lowest water security in all five sectors,” noted Country Representative, International Water Management Institute (IWMI) Dr Mohsin Hafeez.

“We need to ponder why 90 percent of our water is used only for agriculture and develop water sharing arrangements for rivers water.”

IWMI Board member Simi Kamal believes that engaging youth in water conservation practices would be beneficial for their being technology savvy, entrepreneurial and peering approach.

“Let us make them our lobbyists for spreading water conservation message across the country and to fill the government-citizens gap,” she said. (APP)