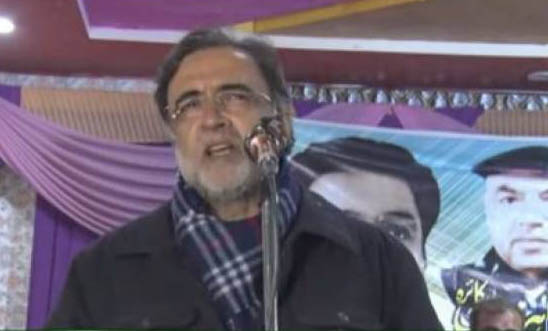 LALAMUSA (NNI): PPP leader and Advisor to PM on Kashmir Affairs and Gilgit-Baltistan Qamar Zaman Kaira has said that if PTI Chairman Imran Khan was not removed from power, he would have caused more damage to the country. The PPP leader alleged that Imran Khan delayed the CPEC projects for four years.
Kaira was addressing a launching ceremony of development projects in Lala Musa on Sunday.
Lashing out at former prime minister, he said that inflation was at its peak in his tenure. He said that Imran angered friendly countries and as soon as he got power, he vitiated ties with China.
The PPP leader rued that Imran regarded it as his success that a storm of indecency was unleashed on social media.
“Now Imran is attacking the Election Commission of Pakistan. He is talking against the state institutions. He has enraged Pakistan’s friends and isolated the country in the comity of nations. He made Turkey, Malaysia, China and Europe angry,” Kaira lamented. The PM advisor was of the view if the former premier stuck to power any longer, the country would have to endure more pain.