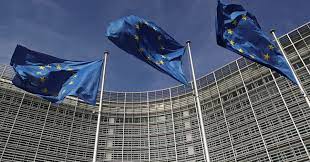 BRUSSELS: The Council decided to add 18 individuals and 19 entities to the list of those subject to restrictive measures in the context of the existing Iran human rights sanctions regime. This is in view of their role in the widespread and disproportionate use of force against non-violent protestors following the death of Mahsa Amini.

Among the persons enlisted are representatives of the government and the Iranian parliament (Majles), important political and media figures, as well as high-ranking members of the Iranian security forces, including of Iran’s Islamic Revolutionary Guard Corps (IRGC).

Restrictive measures now apply to a total of 164 individuals and 31 entities. They consist of an asset freeze, a travel ban to the EU, and a prohibition to make funds or economic resources available to those listed. A ban on exports to Iran of equipment, which might be used for internal repression, and of equipment for monitoring telecommunications, is also in place.

The European Union and its member states urge the Iranian authorities to stop the violent crackdown against peaceful protests, cease their resort to arbitrary detentions as a means of silencing critical voices, and release all those illegally detained.

The EU continues to call on Iran to cease immediately the imposition and execution of death sentences against protesters, reverse the death penalty sentences pronounced, and provide due process to all detainees.