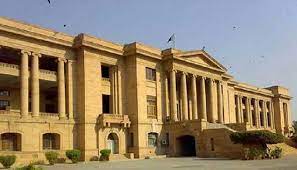 KARACHI: Jamaat-i-Islami Saturday submitted a contempt of court petition in the Sindh High Court against the provincial government for writing a letter to the Election Commission of Pakistan expressing its inability to hold the local government elections in Sindh by citing inefficient security.

JI lawyer Usman Farooq Advocate said that despite court order, the Sindh government wrote a letter to the ECP requesting it to delay the LG polls. He said that it was Sindh government’s responsibility to make security arrangements for the local elections. The lawyer said that the court had given clear instructions in this regard. The Sindh chief minister and chief secretary were made respondents in the petition. The Election Commission of Pakistan (ECP) on Saturday rejected a letter of the Sindh government seeking postponment of second phase of the local government elections in the province and ordered to conduct the polls on Jan 15.

Meanwhile, Chief Election Commissioner Sikandar Sultan Raja chaired an emergency meeting held to discuss the provincial government’s request and decided that there would be no change in the schedule of local bodies polls. The Sindh government had again asked the ECP to postpone the local body elections in Karachi division and Hyderabad district, citing delimitation issue and unavailability of army troops for deployment at the polling stations.