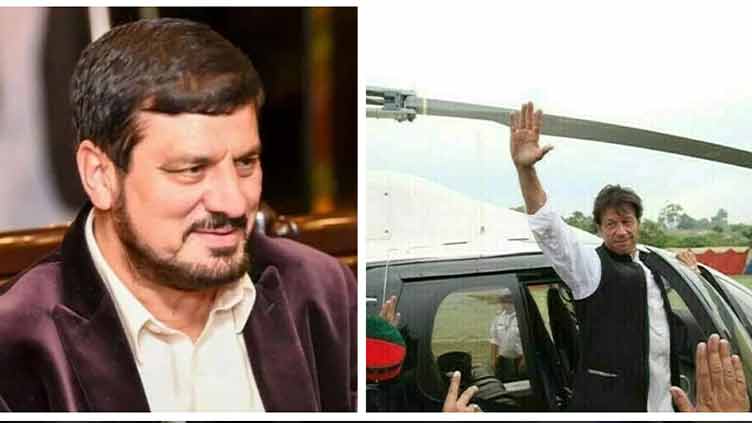 PESHAWAR (INP): Khyber Pakhtunkhawa Governor Ghulam Ali on Friday signed a bill that provides legal shelter to use of provincial government-owned helicopter since 2008 despite reservations on it.
The governor has also written a dissenting note, saying he was not satisfied with the bill. Mr Ali is of the view that the bill was approved by the PTI-led provincial government just to protect unauthorised past use of the helicopters by Imran Khan. “Legislation to facilitate one person is unconstitutional,” he said, adding that anyone could challenge it in court. The governor said he had first returned the bill with objection but it was sent to him again as a finance bill. “It is not a finance bill and I have informed about it the KP Assembly speaker,” he said.
Earlier this month, the provincial assembly passed the KP Ministers (Salaries, Allowance and Privileges) (Second Amendment) Bill, 2022, amid resistance by the opposition parties, which claimed that it would provide ‘blanket immunity’ to those, who illegally used the provincial government’s helicopters. The raised objection over the Section 7B(7) of the amended bill, saying it would protect the illegal users of state-owned helicopters.
Section 7B(7) of the amended bill reads, “All official journeys, any excursions, so carried out and undertaken on my aircraft or helicopter of government by the chief minister, any minister, advisor or special assistant to chief minister, public servant or government servant, or any of his support staff, aides, any other individual, on and from 1st November, 2008 till the commencement of the KP Ministers (Salaries, Allowance and Privileges) Act, 2022, shall deem to be validly carried out and undertaken under this Act and shall not be called in question for want of any deficiency of procedure or approval, as the case may be.”