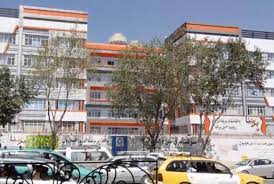 KABUL (TOLOnews): The Chamber of Industry and Mines said that electricity blackouts have caused factories to decrease output by 60 percent.
According to this chamber, 600 factories are active in Kabul city and if the problem of power outages is not solved, most of these factories will be closed.
One factory started work with a $7 million investment but now it is facing a reduction in production due to a lack of electricity.
Officials of this factory said that they only have electricity for three days per week and just 8 hours per day and that is not enough.
“Problems are too much about electricity, in one week we have electricity just three days,” said Abdul Basir Faisal, head of one of the factories.
If we work 24 hours, we can produce twenty-one thousand packages of milk, but now due to a lack of electricity we can just produce 3,000 packages of milk,” said Abdul Shah, deputy of a factory.
The Chamber of Industry and Mines of Afghanistan said that currently, the shortage of electricity exists in all provinces of the country and if this problem is not addressed most of the factories will face a reduction in production.
“This year, unfortunately, we have problems with electricity in some provinces and we have a lack of electricity and we had to divide the factories into two work shifts,” said Rahimullah Samandari, head of the chamber.
“Before we had 1,700 factories, but now due to electricity shortages, only 500 or 600 factories are active,” said Mohammad Karim Azimi, a member of ACIM.
Meanwhile, some residents of Kabul have complained about the electricity blackouts in the capital.
“In 24 hours for four hours we have electricity at night and we cannot study,” said Ahmad Siyar, a Kabul resident.
Da Afghanistan Breshna Sherkat said that the amount of electricity imported from Uzbekistan has decreased, and the company is trying to increase electricity imports from Turkmenistan and regional countries.
“The only reason is the imported electricity that Uzbekistan brings to Kabul, there is a problem in their electricity generation network, and they cannot provide Afghanistan with the electricity required according to the contract,” said Hekmatullah Maiwandi, a spokesman for DABS.
Afghanistan imports 80 percent of its needed electricity from Uzbekistan, Turkmenistan, Tajikistan, and Iran.