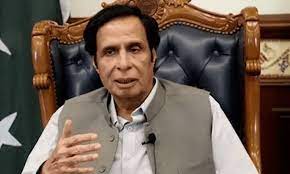 During the hearing of pleas against the de-notification of Pervaiz Elahi as Chief Minister and the possible dissolution of Punjab Assembly, the LHC said that the chief minister could not dissolve the assembly until 9am the following day.

Earlier in the morning, the LHC said that it would hear the pleas on a daily basis and give the judgement on merit.

“Is the issue yet to be resolved?” Justice Abid Aziz inquired.

“All the issues will be resolved in court,” Barrister Ali Zafar, lawyer for Pervaiz Elahi, said.

“Is the Governor’s lawyer making an offer or not?” he added.

“We are not accepting the Governor’s offer,” Barrister Ali Zafar told the LHC judge.

“Only the members can decide whether they want to stay in the office or not. The final decision has to be made by the members,” Justice Abid Aziz Sheikh pointed out.

“You tell us. How much time will be appropriate. Let us know when the vote of confidence can be taken. We will issue an order on it,” he said to Barrister Ali Zafar.

“We want that your problems are solved,” he added.

On the occasion, the Governor’s lawyer argued that the court had given them enough time.

“What if the Governor issue the notice again and asked why the vote of confidence was not taken in so many days. What will happen then?” the court said.

“Do you want the case to be decided on merit? Do you want a decision on this point according to law or are you ready to take the vote of confidence?” the court asked from Pervaiz Elahi’s lawyer.

“The decision of the chief minister’s stay has to be made on the floor test,” Justice Abid Aziz Shaikh remarked.

“The chief minister should have the support of 186 members 24 hours,” Justice Asim Hafeez replied.

Barrister Ali Zafar appeared before the court on behalf of Elahi while Nasr Ahmad represented the federal government and Khalid Ishaq appeared on behalf of Punjab Governor Balighur Rehman.

During previous hearing, Justice Farooq Haider who was part of the bench recused himself from hearing the case on the plea that he had remained a lawyer of Elahi in the past. So the bench was dissolved and Chief Justice Bhatti again formed a new bench and included Justice Asim Hafeez in the bench.

Ch Pervaiz Elahi filed a 9-page petition in the Lahore High Court in which he challenged Governor Balighur Rehman’s directive to de-notify him.

In his petition, he made the governor, Punjab Assembly Speaker Sibtain Khan, Punjab government and chief secretary as respondents.

During its previous hearing on Dec 23, the LHC written order said the governor’s Dec 19 and Dec 22 orders were held in abeyance until the next hearing and CM Elahi as well as the cabinet were restored “as an interim measure”.

“However, this order will not preclude the petitioner from taking vote of confidence on his own accord,” the order said.

On Dec 19, the Punjab governor sprang into action and denotified Elahi as chief minister of the largest province in a bid to forestall ousted premier Imran Khan’s plan to dissolve the Punjab Assembly.

In his order dated Dec 22, the governor said that since the chief minister had refrained from taking a vote of confidence at the appointed day and time, he ceased to hold the office. Rehman, however, asked Elahi to continue working as chief minister until his successor takes charge.

Subsequently, Elahi approached the court on Dec 23, saying the move was “unconstitutional, unlawful and of no legal effect”.

The LHC reinstated Elahi as the Punjab chief minister after he submitted an undertaking assuring the court that he would not dissolve the provincial assembly until the next hearing scheduled for January 11.

The petition was filed by local lawyer Salman Khalid. Punjab Chief Minister Ch Pervaiz Elahi and PTI Chief Imran Khan were made respondents in the petition.

The petition stated that majority of the Punjab Assembly lawmakers were against the dissolution of the assembly. When the majority is not in favour of assembly’s dissolution, the chief minister could not dissolve the house on the directions of Imran Khan.