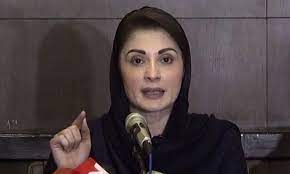 “Pursuant to the powers conferred under the Constitution of Pakistan Muslim League -N, the undersigned is pleased to appoint Ms. Maryam Nawaz Sharif as  Senior Vice President” with immediate effect,” the notification reads.

“She is hereby authorized to re-organize the party at all functional tiers/levels as “Chief Organizer,” it added.