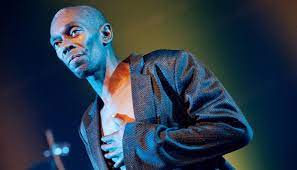 LONDON (AFP): Maxi Jazz, the lead singer of the British electronic band Faithless, has died at the age of 65, the group announced on Saturday.

The musician and DJ — whose real name was Maxwell Fraser — passed away at his home in south London, the dance music act behind 1990s hits including “Insomnia” and “God is a DJ” said.

No details were given for the cause of his death.

“We are heartbroken to say Maxi Jazz died peacefully in his sleep last night,” Faithless tweeted, paying tribute to one of its legendary 1995 founding members.

“He was a man who changed our lives in so many ways. He gave proper meaning and a message to our music.

“He was a lovely human being with time for everyone and wisdom that was both profound and accessible.”

Faithless first emerged in the mid-1990s, earning widespread recognition and critical acclaim with their album “Insomnia”.

They were seen as pioneers of the emerging dance music genre at the time.

The group, whose other core members included Rollo and Sister Bliss, went on to release six further studio albums as well as several compilation albums during their decades-spanning collaboration.

But Jazz, who also fronted a band of musicians named Maxi Jazz & The E-Type Boys, will be best remembered for Faithless’s earlier tracks, including the 2001 club classic “We Come 1”.

The band were also renowned for their live performances, and headlined some of the biggest festivals in the world, including on Glastonbury’s Pyramid stage in 2002.

Sister Bliss paid tribute to her bandmate by sharing a black and white photo of him on Twitter.

“Sending love to all of you who shared our musical journey,” she wrote in the post.

Reggae band UB40 also hailed Jazz as a “lovely guy”, while recalling touring with Maxi Jazz & The E-Type Boys in 2017.

Jazz, who hailed from Brixton in south London, was a lifelong supporter of Premier League football team Crystal Palace, and made an associate director of the club in 2012.

Its official Twitter account described him as a “legendary musician” and said the team would walk out to a Faithless track on Monday — a public holiday known as Boxing Day in the UK — in tribute.