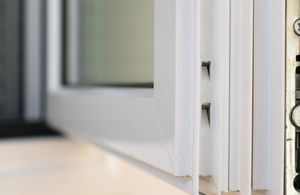 The government has today [16 December 2022] agreed with the Trade Remedies Authority’s recommendation that a new anti-dumping duty be applied to imports of Aluminium Extrusions from China to the UK.

The TRA’s interim report, the Statement of Essential Facts, published in May invited interested parties to comment. The TRA considered these comments and submitted a final recommendation to the Secretary of State for International Trade who agreed that the new trade remedy measure should be put in place on these imports in the form of a tariff at the border. This tariff will come into effect from 17 December 2022.

The Secretary of State has today upheld our recommendation in the first case instigated by the TRA at the request of UK industry. The decision to impose targeted tariffs will shield producers of aluminium extrusions in the UK from dumped products from China.

During its investigation, the TRA determined that damage to the UK industry was occurring, having found clear evidence of price undercutting, indicating that UK businesses were struggling to compete with the dumped imports.

The Secretary of State’s final decision has recognised imports should not be subject to the measure for Aluminium Extrusions that the UK does not produce. A Notice of Final Negative Determination has been published to reflect this.

Case initiated in response to calls from UK industry

The TRA initiated an investigation into imports of Aluminium Extrusions from the People’s Republic of China to the UK in June 2021 in response to a request from the domestic industry. There are a number of manufacturers based across the UK making these products, which are mainly aluminium bars, tubes and pipes. They are used in heating, ventilation and air-conditioning, building and construction, transport and car manufacture.