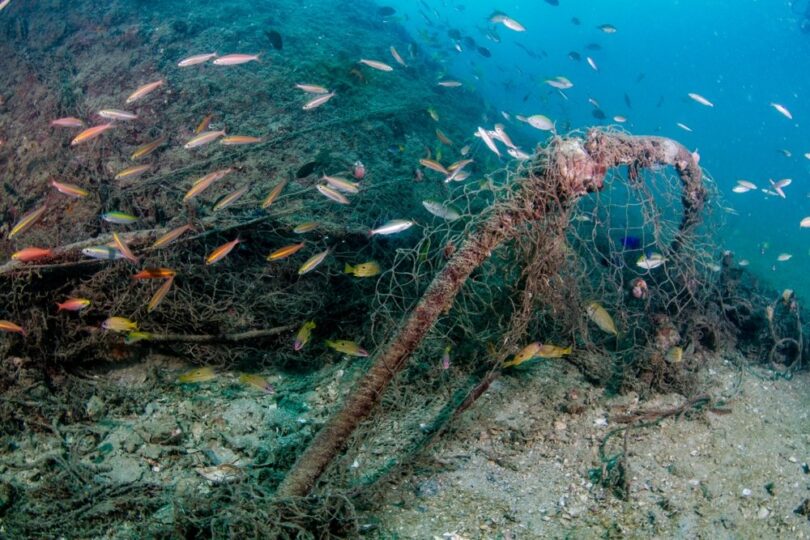 ISTANBUL (Agencies): Two nongovernmental organizations (NGOs) joined forces with a prominent appliance maker to address concerns about abandoned “ghost” fishing nets at sea while finding new use for them.

A new campaign by Arçelik, the Türkiye chapter of the World Wildlife Fund (WWF) and the Marine Life Conservation Society (DYKD) aims to recycle nets cast in the Marmara Sea, a busy fishing spot.

After exploratory dives off the Princes’ Islands in Istanbul, divers found nets that were long abandoned by fishermen and collected those worth recycling. The campaign also raises awareness about the dangers ghost nets pose to the environment and the preservation of underwater fauna and flora. Underwater robots assist divers in the removal of the nets in the campaign that will continue for a year.

The nets will be used in appliances produced by the company while the NGOs will hold seminars to raise awareness about the issue among locals, particularly fishermen, in the Princes’ Islands.

The campaign will also include the creation of a local communication mechanism, in cooperation with local authorities, for the quicker detection of abandoned, lost nets and includes a study on the campaign’s impact on the environment.

WWF Türkiye director Aslı Pasinli highlighted that ghost nets make up about 10% of the waste in oceans according to studies and they are the “deadliest” plastic waste at sea.

Ghost nets threaten both marine life and pollute water bodies, as they sometimes do not decompose for years. They function as a kind of predator for fish and other species, disrupting their habitat and the environment where they feed. Indirectly, they can even change the migration patterns of marine life or worse, speed up the extinction of endangered species. Studies show some 309 marine organisms die in every 100 meters of ghost net after becoming stuck, dealing a blow to biodiversity.

Though the exact figures are not available, it is estimated that 1,500 kilometers (932 miles) of nets are lost or left by fishing boats every year. Nets made of plastic derivatives also contribute to plastic pollution at sea. In 2020 alone, authorities removed ghost nets from 10 locations across an area of 10,000 square meters.

In 2019, the government mandated that all commercial fishing boat operators must inform the authorities of the type, quantity and coordinates of the nets lost at sea.

Recently, authorities mandated that fishing nets be tagged with QR codes that are used to track ghost nets and poaching easily.