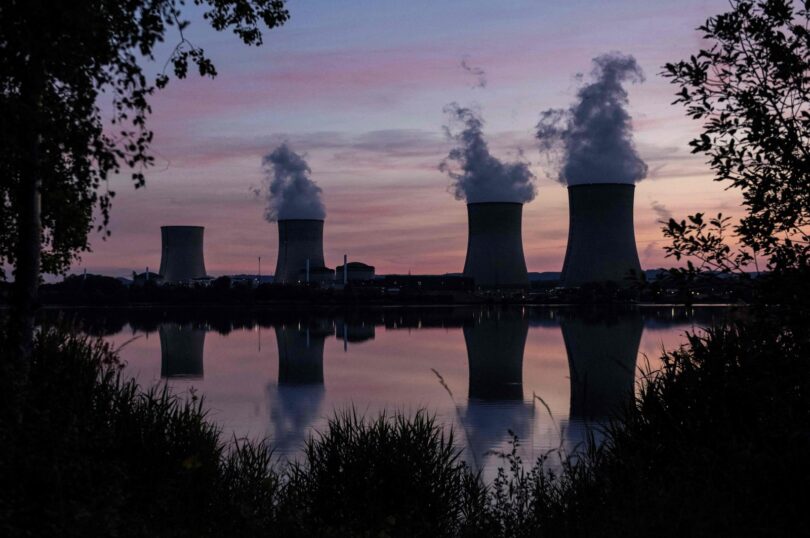 PARIS (AFP) : In 2020, while the world was locked at home with COVID-19 restrictions in full effect, planet-heating atmospheric methane mysteriously surged despite the fact that many of the human-caused sources of the gas were as it were under lockdown and eliminated. This mystery could be explained by a greater release from nature and, surprisingly, reduced air pollution, scientists now believe.

Methane stays in the atmosphere only a fraction as long as carbon dioxide, but is far more efficient at trapping heat and is responsible for roughly 30% of the global rise in temperatures to date.

Released from the oil and gas, waste and agriculture sectors, as well as through biological processes in wetlands, the powerful greenhouse gas is a key target for efforts to curb global warming.

But a new study published in the journal Nature suggests that cutting methane may be even more of a challenge – and more urgent – than is currently understood.

Researchers in China, France, the United States and Norway found that efforts to reduce carbon dioxide emissions and air pollution will affect the atmospheric process that scrubs methane from the air. That means the planet-heating gas will linger longer and accumulate faster.

If the world is to meet the challenge of keeping warming to under 2 degrees Celsius (3.6 degrees Fahrenheit) since the preindustrial era, “we will have to act even more quickly and even more strongly to reduce methane,” said Philippe Ciais, who co-led the research at France’s Laboratory for the Sciences of Climate and Environment (LSCE).

The researchers focused on the mystery of the concentrations of methane in the atmosphere in 2020, which had their biggest increase on record even as COVID-19 lockdowns saw carbon dioxide emissions fall.

What they found is potentially two pieces of “bad news” for climate change, said co-author Marielle Saunois of LSCE.

Firstly, they looked at inventories to assess fossil fuel and agricultural methane emissions and found that human sources of methane did indeed fall slightly in 2020.

Then they used ecosystem models to estimate that warmer and wetter conditions over parts of the northern hemisphere caused a surge in emissions from wetlands.

That confirms other research and is worrying because the more methane released, the more warming, potentially creating a feedback loop largely outside of human control.

But that is only half of the story, the researchers found.

Researchers also looked at changes in atmospheric chemistry, because this provides a “sink” for methane, effectively cleaning it out of the air in a relatively short period by converting it to water and carbon dioxide when it reacts with the hydroxyl radical.

These hydroxyl radicals are present in tiny quantities and have a lifetime of less than a second, but they remove about 85% of methane from the atmosphere.

They are the “Pac-Man of the atmosphere,” said Ciais: “As soon as they see something they eat it and then disappear.”

The researchers simulated changes in hydroxyl radicals using human sources of carbon monoxide, hydrocarbons and nitrogen oxide emissions that altogether affect the production and loss of hydroxyl radicals in the atmosphere.

They found that hydroxyl radical concentrations decreased by around 1.6% in 2020 from the year before, largely because of a fall in nitrogen oxide emissions caused by the COVID-19 lockdowns. Nitrogen oxide is emitted into the air primarily from burning fuel.

A 20% reduction in nitrogen oxide could increase methane twice as fast, Cias told a press briefing, adding: “This has surprised us greatly.”

The researchers said their study helps to solve the riddle of the rise in methane in the atmosphere in 2020.

But they acknowledged that more work would have to be done to answer the next mystery: why the rise in methane concentrations hit a new record in 2021.

Ciais said lower nitrogen oxide emissions from transport in the United States and India, as well as continued low levels of air travel due to the pandemic may have played a part.

Euan Nisbet, a professor of Earth Sciences at Royal Holloway University who was not involved in the research, said the jump in methane in 2020 was a “major shock.”

“Even more worrying is the rise in methane in 2021 – this was after the major Coronavirus shutdowns when the economy was recovering,” he told Agence France-Presse (AFP).

“As yet we don’t have detailed studies but something very dramatic seems to be going on.”