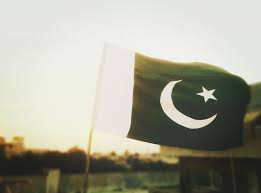 The world in general and Pakistan, in particular, has witnessed a chaotic and devastating year throughout the past twelve months of 2022. Starting with simmering western prophecies regarding the possibility of a Russian invasion of Ukraine, which came true in the last week of February. The entire universe suffered dire consequences of the global energy crisis, food shortages along with heavy trade, and financial losses from the US-Russia global political tussle and dictatoral sanctions by the western nations. Multiple surveys suggest that the war in Ukraine had projected oil and commodities prices to by almost 50% in all parts of the world, and roughly 345 million people are still facing a high risk of food insecurity and famine in Africa, Asia, and Latin America. Approximately, the economic repercussions of the Ukrainian conflict have cost more than $ 2.8 trillion in economic losses throughout the year 2022.

Domestically, the last annum has put a very drastic and unending impact on Pakistani society, the national economy, and the political landscape. Meanwhile, the persistent and ever-worsening economic chaos also commenced with the arrival of the past year, while continued political unrest and sharp depletion in foreign reserves have led the nation to the verge of an imminent economic default at this point in time.

Historically, multiple events took place during the past year that has great significance in our national, social, economic, and political life. However, the question arises of what should be the next course of the Pakistani nation that guides us to our desired destiny of a peaceful, stable, and prosperous Pakistan.

In fact, the Pakistani nation has no say in global economic and political affairs, however, we are the drivers of our own fate. Our country has reached the edge of a political, social, and economic collapse and we all are equally responsible for making up for this upheaval. Currently, naming, blaming, cursing, and abusing each other is not the way forward, therefore, all pro-public leaders and political stakeholders must sit together to forge a consensus on General Elections that will paves the way for political and economic stability and leads to a sustainable growth and prosperous future in the coming years.