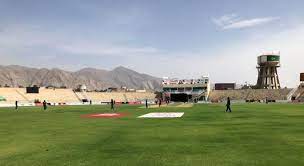 The Management Committee received a detailed update on the HBL Pakistan Super League 8 and desired to add Quetta as the fifth venue for the eighth edition of the PCB’s annual marquee event, which is scheduled to be held from 13 February to 19 March.

To ensure Bugti Stadium was ready to host the HBL PSL 8 matches, the Committee agreed that PCB will work closely with the local administration for upgradation and renovation of the Bugti Stadium, while separate discussions will take place between PCB security experts and local authorities to ensure the safety and security of all the participants, officials and spectators.

Mr Najam Sethi: “I am delighted that seven years after launching the HBL Pakistan Super League, I am today announcing our commitment to add Bugti Stadium in Quetta as the fifth venue for our marquee event.

Bugti Stadium is the home ground of Quetta Gladiators and we still remember the incredible scenes when the Gladiators visited the city after winning the 2019 tournament.

“The passionate cricket fans of Quetta have been waiting for long to watch high-profile cricket in their backyard and I am pleased that we will now bring HBL PSL matches to their doors.

In this relation, I have already spoken with influential officials in the Balochistan province, who have assured me of their complete
support from event delivery perspectives.”

The Committee also discussed Peshawar as a potential venue to stage HBL PSL and international matches and agreed that subject to there being no restrictions imposed by the provincial and federal governments and the stadia boasting international standard facilities for cricket, broadcast, spectators and media, matches will be held in the Khyber Pakhtunkhwa capital.

The Management Committee also held preliminary discussions on The Women’s League with further discussions to take place in due course.

The Management Committee discussed the domestic cricket structure under the PCB Constitution 2014 and, in the best interest of the players and event, decided to let the Pakistan Cup complete on 3 January.

On the domestic structure, which mirrors the PCB Constitution 2014, it was agreed Mr Najam Sethi, Mr Shakil Sheikh and Mr Haroon Rashid will prepare the first draft, which will be shared with the Committee for further discussions.