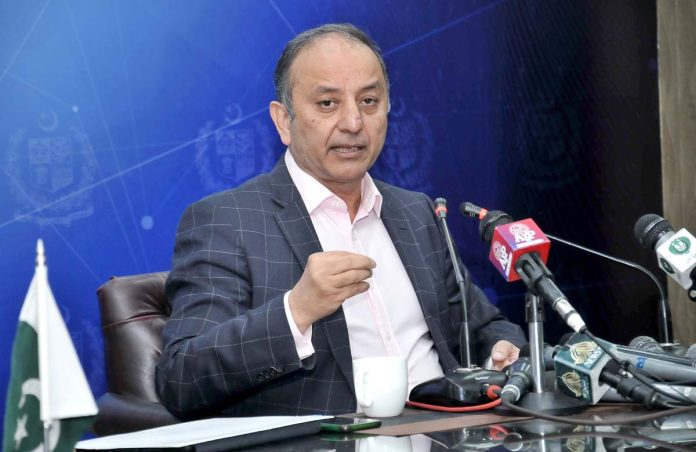 ISLAMABAD (APP): Minister of State for Petroleum Musadik Malik on Friday reaffirmed that the prosperity of people and the development of country were top priorities of the incumbent government.
All policies of the government were aimed at providing maximum relief to the poor people and creating employment opportunities, which, however, was linked with the growth of gross domestic products (GDP) and running of industries, he said while addressing here a press conference.
The minister said there was dire need of energy for achieving 5-6 per cent GDP growth and for which Prime Minister Shehbaz Sharif had directed to devise a comprehensive development strategy. The new energy policy would be presented in the cabinet for approval, which would also be shared with the media.
He said more gas was provided to the consumers in October, November and December this year so far as compared to the corresponding months of last year despite 10 percent annual depletion in its reserves in the country.
Additional 20,000 to 30,000 tons liquefied petroleum gas (LPG) was being brought in the country every month, he said, adding they were grateful to Qatar for providing one additional cargo in January and February.
He said more LPG distribution points were set up in areas where gas infrastructure was not available.
Musadik Malik said Pakistan was about to sign a trade agreement with Azerbaijan on LNG (liquefied natural gas), which would enhance its capacity to buy any distressed cargo throughout the world at cheap rates.
He said during his recent visit to Russia, it was clearly told that they would provide crude oil to Pakistan on discounted rate or at prices even lower than other countries.
Russia had eight types of crude oil, two of the light ones could be used by refineries in Pakistan, he added.
He said before his Russia’s visit he had met the officials of Pakistani refineries. It was informed that the Pakistan Refinery Ltd (PRL) and Pak-Arab Refinery Limited (PARCO) could refine only two types of the Russian crude oil upto 50 percent and 30 percent respectively, while Cnergyico could use all the eight types.
The supply of Russian crude crude oil at discounted rates would help reduce energy prices in the country, he said, adding Russia would also provide finished products, including petrol and diesel.
He said the TAPI gas pipeline project had also been revived with Turkmenistan for bringing 1.3 billion cubic gas. A special strategic cell had been set up at the ministry that would be responsible for ensuring implementation of any agreements, he said.
The minister said a visit of inter-governmental commission (IGC) led by the Russian energy minister was scheduled for the second week of January. The strategic cell was making efforts to fulfill all requirements before the visit of IGC so that “we can start getting Russian crude oil by the end of first quarter.”
Musadik said Pakistan was also trying to sign a government-to-agreement with the United Arab Emirates, under which it would get finished petroleum products.
To a question about Foreign Minister Bilawal Bhutto Zardari’s press conference a day earlier, he said it was correct that Pakistan was not currently buying any oil from Russia. His ministry would share the details with the Foreign Mministry to clear confusion, he added.