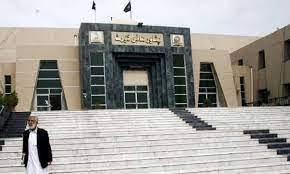 The counsel Liaqat Ali Afridi Advocate informed that petitioner Shera Khan resident of Speen Dandh was arrested from Bara while 12 kilograms hashish was recovered from secrete cavities of the vehicle.

The counsel added that other petitioner Faqir Shah was arrested by Michini police and claimed that the accused was carrying three-kilogram drugs in shopping bag.
Meanwhile, Malik Nasru Minallah advocate appeared before court and argued that Adnan was arrested by Chamkani police on 11 September 2021 while after two years the trial didn’t concluded and requested for release on bail. PHC has granted bails to alleged culprits over lack evidences and witness along with contradiction in the cases.