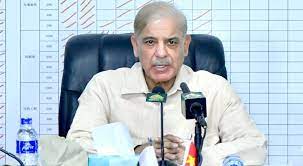 ISLAMABAD: A delegation of Ittehad-e-Tanzeemat-e-Madaris (ITM), led by Jamiat Ulema-e-Islam (JUI) chief Maulana Fazlur Rehman, called on Prime Minister Shehbaz Sharif and held a discussion with him on the affairs of Madaris, on Wednesday.

The heads of five Madaris boards were part of the delegation. They included Mufti Taqi Usmani, Mufti Muneebur Rehman, Sajid Mir and others.

The delegation briefed the prime minister about the issues related to the Madaris boards.

The issues related to the registration of Madaris and the implementation of the National Action Plan (NAP) were also discussed during the meeting.

The prime minister had organised a lavish dinner for the delegation members.

Speaking on the occasion, Prime Minister Shehbaz Sharif said that Madaris were an important means of promoting Islamic teachings.

“Madaris can be called a big network of Pakistani and Islamic NGOs. Four to five million children are studying in Madaris in the country,” he added.

“It is the desire of the government to lend a hand in this social service,” he pointed out.

The prime minister also said that the government would extend every kind of help to Madaris for providing education, adding that Madaris always protected the interests of Pakistan.