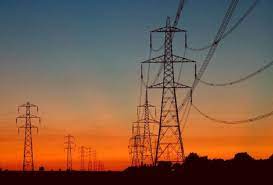 ISLAMABAD: Prime Minister Shehbaz Sharif on Monday took notice of the countrywide power breakdown and ordered a high-level inquiry to ascertain the reasons of the massive outage disrupting routine life and business.

The prime minister constituted a high-level committee to investigate the power breakdown and sought a report from Energy Minister Khurram Dastgir on the causes led to the major electricity crisis in the country. He also asked him to pinpoint the officials who had showed negligence.

Ordering immediate restoration of power supply, Shehbaz Sharif said such incidents would not be tolerated.

Power Minister Khurrum Dastagir told newsmen that the outage was caused by a large voltage surge in the south of the national grid, which affected the entire network.

Supplies were being partially restored from north to the south, the minister said nearly six hours after factories, hospitals and schools reported outages.

The minister said the grid should be fully functioning by 10pm. “We are trying our utmost to achieve restoration before that,” he added.

Earlier, a massive electricity breakdown caused by a fault in the national grid hit the country Monday morning disrupting life in all major cities including Islamabad, Karachi, Lahore, Peshawar and Quetta.

Sources said transmission lines of Tarbela and Mangla dams were tripped and all power plants in Guddu, Jamshoro, Muzaffargarh, Haveli Bahadur Shah and Balloki shut down. The NPC fuse was also switched off to save the system.

The power supply went off suddenly at 7:32 am with IESCO, LESCO, MEPCO, SEPCO, QESCO and K-Electric were the most affected.

A number of cities in Sindh, Khyber Pakhtunkhwa, Balochistan and Punjab were without power supply.

As many as 22 districts of Balochistan were without electricity and supply was suspended to 117 grid stations of IESCO.

According to QESCO officials, both electricity power transmission lines coming from Guddu to Quetta have been tripped impacting 22 districts including Quetta, Khuzdar, Sibbi and Dera Murad Jamali.

Karachi, the economic hub of the country, also knocked out of the grid because of the NTDC system collapse

Local outages are common across Pakistan, and the national power system is a complex and delicate web where problems can quickly cascade.

In a couple of tweets, the Ministry of Power said the system frequency of the national grid went down at 7:34 this morning, causing a widespread breakdown in the power system. System maintenance work is progressing rapidly.”

In another post, the ministry said the restoration of power supply from Warsak to grid stations has been started and in the last one hour limited number of grids of Islamabad Supply Company and Peshawar Supply Company have been restored.

The NTDC’s attempt to restore the power supply across the country hit the snag due to the low power generation at the moment. All NTDC’s attempts so far have not yielded any result as the system was tripping again and again due to imbalance between generation and demand.

As for now 6,000 megawatts of electricity is being generated and the balance in system will be achieved after the generation hits the 8,000MW mark.

The power breakdown has brutally disrupted the daily life activities in several cities.

In Rawalpindi, mobile phone service and 4G internet system have started to err.

The citizens were appalled as their online businesses and banking transactions are also badly affected.

The country has faced such power breakdowns several times in the past and the recent one showed that the National Transmission and Despatch Company (NTDC) had failed to put in place permanent remedial measures to overcome such incidents.

The National Electric Power Regulatory Authority (Nepra) has recently imposed a fine of Rs20 million on the NTDC because of breakdowns and collapsing of its towers.

A similar kind of power breakdown had plunged the whole of Pakistan into darkness on October 13, 2022 when a disruption occurred in two 500kV transmission lines in Karachi.

Before that a major power blackout was occurred on January 9, 2021 which had plunged much of Pakistan into darkness.

In 2015 an alleged militant attack on a key power supply line plunged around 80% of the country into darkness for more than nine hours.