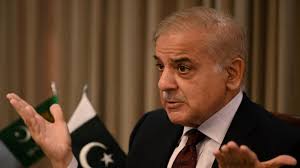 ISLAMABAD: Prime Minister Shehbaz Sharif on Friday pledged that Pakistan would continue its efforts with determination until the elimination of terrorism.

The premier renewed his resolve as the eighth anniversary of a deadly school attack on the Army Public School (APS), Peshawar is being observed on Friday (Dec 16). “Dec 16 is the day for the whole Pakistan to be united against terrorism. This day reminds the world that Pakistan has rendered great sacrifices to eradicate terrorism,” PM Shehbaz wrote on Twitter.

Paying tribute to the martyrs of the APS attack and condoling with the families of the victim, he said the nation would never forget the sacrifices of its martyrs.

On Dec 16, 2014, six terrorists affiliated with the Tehreek-e-Taliban Pakistan (TTP) stormed the school and martyred 140 students and teachers. The deadliest attack in Pakistan’s history prompted the government to declare an all-out war against terrorist outfits. In the wake of the attack, military courts were set up for trying terrorists under amendments made to the Constitution and the Army Act.

The mastermind of the APS massacre, Umar Mansour, alias Khalifa Mansour, was killed in a drone strike in Afghanistan. The massacre changed the perception of Pakistan against terrorism and people in the country raised voices for a concerted action against all types of militants.