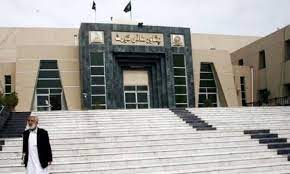 Humayun Khan
PESHAWAR: Peshawar High Court (PHC) has granted status quo against election for Presiding Officers at City/Tehsil Council while ordered respondents to submit comments, on Monday.
The counsel Babar Khan Yousafzai Advocate argued that petitioners were initially appointed as Presiding Officer prior to the amendment introduced vide notification dated 7th November 2022, whereby, section 77C was inserted, according to which in the first meeting of the Tehsil Council, following an election or whenever office of the presiding officer falls vacant for any reason.
The counsel further added that one the member of the Tehsil Council commands, the confidence of the majority of the members shall be appointed as Presiding Officer. He contended that the said notification shall have no respective effective effect, petitioners’ rights were earlier created and apparently the amendment introduced has no retrospective effect.
The order sheet stated that Additional Advocate General (AAG) Syed Sikandar Hayat Shah present in court in some other cases, was put on notice on behalf of the respondents, who accepted the same and sought time to submit report, adjourned to date in office while in the meantime status quo shall be maintained.
The writ petition filed by Babar Khan Presiding Officer City Local Council Mardan, Hazart Bilal Tehsil Council Surkh Dheri, Muhammad Tahir Presiding Officer Upper Orakzai along with eight others while Chief Secretary, Secretary Local Government and Deputy Commissioners of each district.