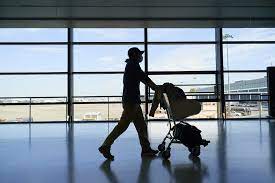 The government has taken action, under powers within the Public Health (Control of Diseases) Act 1984, to limit the risk of COVID-19 infections from travellers originating from China.

The government has announced these precautionary and temporary measures to improve the UK’s ability to detect potential new variants of COVID-19 from China, following an increase in cases there and the easing of their border measures from 8 January.

The decision has been taken due to a lack of comprehensive health information shared by China. The situation remains under review and if there are improvements in information sharing and greater transparency then the temporary measures will be amended.

On 30 December 2022, the government announced that it would require people flying directly or indirectly from mainland China to England to provide proof of a negative pre-departure test, taken within 2 days of departure. This came into effect as of 4am on Thursday 5 January 2023. This applies to transiting passengers, as well as those whose final destination is England.

In addition, we announced that the UK Health Security Agency (UKHSA) will launch surveillance which will see a sample of passengers from China, arriving at Heathrow airport only, undertaking PCR tests for COVID-19 on a voluntary basis. UKHSA activated this process on Sunday 8 January in readiness for the first flights arriving later this week. All positive samples will be sent for sequencing to enhance existing measures to monitor for new variants.

The UK joins a growing list of countries across the world including the US, France, Italy, Japan, Republic of Korea, Spain, Malaysia and India in announcing measures designed to help to detect and assess any new COVID-19 variants.

Whilst public health is a devolved matter and these measures currently apply only in England, the government continues to work closely with the devolved administrations.

The government recognises the impact that these temporary health measures may have on businesses and passengers. The situation remains under constant review and the UK is working with industry and closely monitoring the situation on the mainland while encouraging China to provide greater transparency on their COVID data.