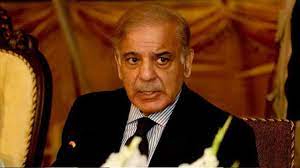 ISLAMABAD: President Dr Arif Alvi on Saturday expressed his grief over the demise of the Pope Emeritus, Benedict XVI.
The president said, “My thoughts go out to Catholics in Pakistan and around the world, bereaved by the departure of His Holiness Benedict XVI, who worked for a more fraternal world”.

His powerful calls for solidarity with marginalized people everywhere and his urgent appeals to close the widening gap between rich and poor are more relevant than ever, President Secretariat Press Wing, in a press release, quoted the president as saying “My thoughts are with the millions around the world who grieve his passing”, he said.

The prime minister, on his Twitter handle, said that the former pope’s death would be mourned by millions around the world including Pakistan.

“Deeply saddened to learn about the passing of Pope Emeritus Benedict XVI. He would be mourned by millions around the world including in Pakistan. May his soul rest in eternal peace,” he posted in a tweet.

According to media reports, former Pope Benedict XVI died on Saturday at the age of 95. He had led the Catholic Church for about eight years until, in 2013, he became the first Pope to resign since Gregory XII in 1415.

Benedict spent his final years at the Mater Ecclesiae monastery within the walls of the Vatican. His successor Pope Francis will lead the funeral on January 5.

Meanwhile, Foreign Minister Bilawal Bhutto Zardari on Saturday expressed his grief over the death of former Pope Benedict XVI.
On his Twitter handle, the foreign minister shared the grief of Christian compatriots and Catholics around the world.

“We are saddened to learn about the passing away of Pope Benedict XVI. May he Rest In Peace. We join our Christian compatriots and Catholics around the world in prayers for His Holiness at this time of mourning,” he posted a tweet. (APP)