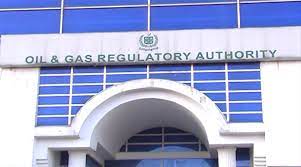 Oil and Gas Regulatory Authority (OGRA) has approved a 74 percent increase in the prescribed prices of natural gas for the fiscal year 2022-23. According to the details, the regulator allowed Sui Northern Gas Pipeline Limited (SNGPL) to increase prices by up to 74.42 percent, while it also allowed Sui Southern Gas Company (SSGC) to increase gas prices by 67.75 percent for the current year.

The unhindered provision of utilities has always been an important priority for pro-public governments around the world. Most nations handed over these businesses to the private sector and keep an efficient oversight over the smooth provision of essential needs of the masses. However, the governments in third-world countries including Pakistan had made these public services lucrative businesses for them and often used these needs as an effective tool to exploit general problems for political gains and point scoring. Pakistan has massive infrastructures for the provision of essential utilities including electricity, gas, water, sewerage as well as communication services while hundreds of thousands of men and women are employed with hefty payments and colossal incentives but no single department is neither generating profit for the country nor it provides satisfactory services to the public. WAPDA, OGDCL, NEPRA, OGRA, and many other entities failed to overcome the shortage and management issues of their provisions, neither those departments slashed gigantic emoluments of their employees nor they had been able to reduce the departmental deficit. However, those public departments are relentlessly adding to the public woes through their myopic and ill-designed tariff and taxation policies on regular basis.

Currently, bureaucrats had planned to raise the prices of natural gas by almost three-fourths of the current rates without considering the miserable conditions of the masses. In fact, Pakistan’s public service has stopped recruiting and producing talented and faithful minds, thus politicized and self-serving executives roam everywhere and the public is crying out their fortune. Realistically, the service departments should first overhaul themselves by overcoming their line losses, pilferages, and misuse of resources so these issues neither create hurdles in their operation nor put an unjust burden on customers and people used to pay charges for utilities instead of suffering incompetence and misconduct of government institutions.