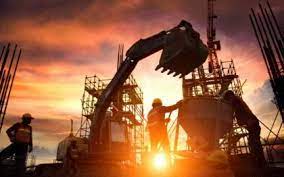 ISLAMABAD: The Senate Standing Committee on States and Frontier Regions (SAFRON) was told on Monday that the release of the remaining funds committed by the Federal Government for the development of merged tribal areas was imperative to ensure the completion of ongoing projects.

Director General of the Sustainable Development Unit (SDU) KPK, Sohail Khan informed the committee that the Federal Government made a commitment of Rs1 trillion for the development of the erstwhile FATA in 10 years with Rs100 Billion per annum.

The body, which met here with Hilal ur Rehman in the chair, took the stock of non-implementation of commitments made by the Federal Government under the 25th Constitutional Amendment for mainstreaming of merged districts of erstwhile FATA. “If Federal Government releases all the promised funds, it will help only in the completion of ongoing projects,” the DG SDU remarked.

The committee was also briefed about the Geo tagging of ongoing projects which was recommended by the committee in its previous meeting.

Senator Hilal ur Rehman appreciated the KPK government for the initiative and formed a sub-Committee to expedite the progress on these projects.