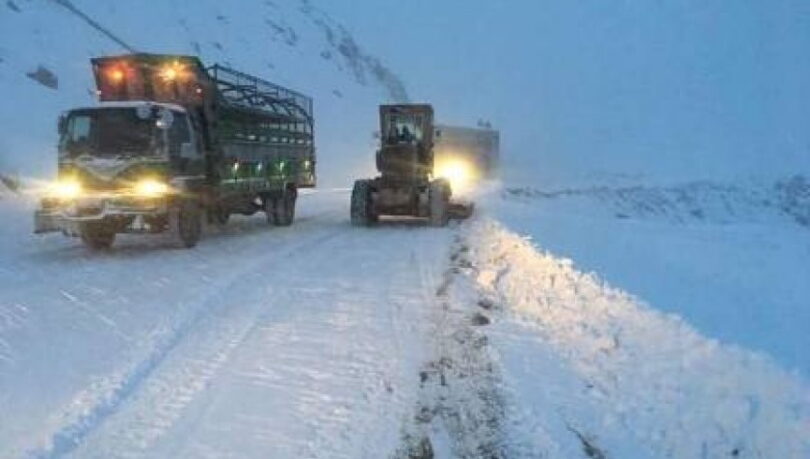 SALANG PASS (Khaama Press): The authorities of Afghanistan’s Salang Pass have announced that the highway is blocked for trucks or “high-tonnage” vehicles due to heavy snowfall and strong winds.
Abu Mohammad Hafeez Mohammad Yaqoob, the Head of the Salang Preservation Department earlier today said to the media that the highway connecting Kabul to the northern provinces was blocked due to heavy snowfall and strong winds.
According to the authorities, the high is blocked for heavy trucks “high-tonnage” while other vehicles are allowed to cross the snow-covered pass using tire chains.
The snowfall will continue in the Salang area for another 24 hours as per the weather forecast.
Salang is the major highway connecting Kabul to at least nine provinces in the north of Afghanistan. In the winter season, the highway gets closed to traffic on and off mostly due to heavy rains, snowfalls as well as avalanches on certain occasions.