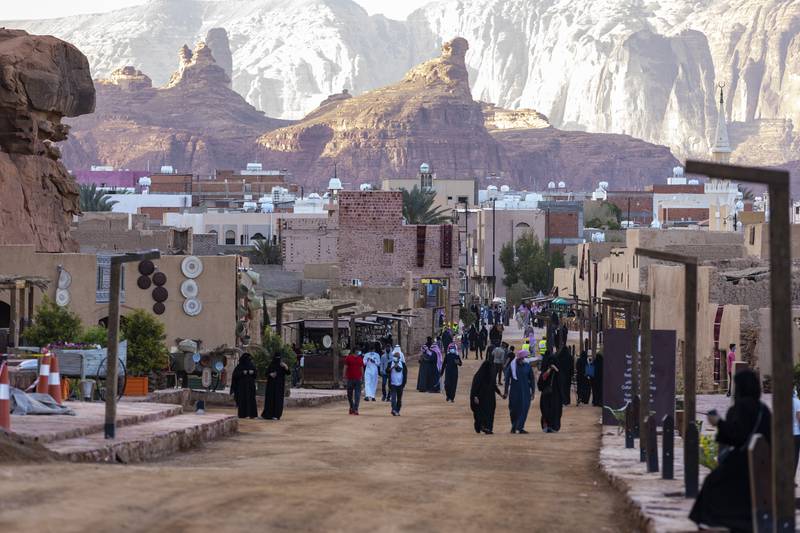 AlUla’s ancient Old Town and the hilltop Umm Qais are among the world’s Best Tourism Villages according to the United Nations World Tourism Organisation.

The rural destinations in Saudi Arabia and Jordan are listed in this year’s top 32 villages, as revealed by the organisation on Tuesday.

This year, 57 countries put forward 136 villages for consideration, with each member state able to nominate a maximum of three villages. From these, 32 were chosen.

In Saudi Arabia, the Old Town of AlUla was once an important settlement along the pilgrimage route from Damascus to Makkah. Reopened last year after extensive reconstruction, travellers can wander its maze-like remnants of original stone and mud brick buildings, and visit AlUla Castle which dates to the 10th century.

In the north of Jordan, about two hours north of Amman, the 200-year-old village of Umm Qais is best known for its ancient Ottoman-era streets, breathtaking views over the Jordan Valley and nearby Roman ruins of Gadara. King Charles III visited the region during his Middle East tour last year.

“The Best Tourism Villages by UNWTO showcase the power of the sector to drive economic diversification and create opportunities for all outside of big cities.”

An additional 20 destinations have been enrolled in the UNWTO’s Upgrade Programme. This aims to provide training, awareness and best practices for villages to help boost their rural tourism numbers.

Last year, the UNWTO launched the initiative and recognised more than 40 villages from more than 30 countries. This means there are now a total of 115 villages around the world in the best tourism villages network.

In the Middle East, Misfat Al Abriyeen in the mountains of Oman, the pine-surrounded village of Bkassine in Lebanon and Rijal Almaa in Saudi Arabia, also known as the kingdom’s gingerbread village, were on the 2021 list.

Nominations for the next programme will open in February, coinciding with the first meeting of the UNWTO Network of Best Tourism Villages in Saudi Arabia.