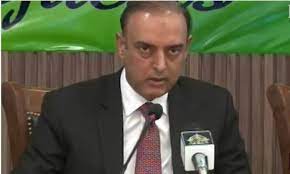 ISLAMABAD: State Bank of Pakistan Governor Jameel Ahmed has vowed to take action against those banks which have earned profit by quoting high dollar rates against the local currency.

He said that the investigation against the banks which were complicit in currency manipulation and quoted higher dollar rates to earn profits has been completed. The investigation report will be brought to light on January 23, he revealed.

SBP Governor Ahmed was addressing the Federation of Pakistan Chambers of Commerce and Industry (FPCCI) on Wednesday.

The governor struck a note of optimism when he told the industrialists that Pakistan’s foreign exchange reserves position would improve as the country is expected to witness inflows of funds in the coming days.

“We are expecting to witness inflows from next week onwards, which would reduce pressure on our foreign exchange reserves. Our reserves will go up as projects in the pipeline will soon to start materialize,” Ahmed said adding that it would help us improve our capacity to facilitate businesses.

He told the FPCCI audience that the State Bank facilitated shipments under the categories of essential, energy, export-oriented industries, agriculture inputs, deferred payment / self-funded imports and imports for export-oriented projects near completion.

He emphasized that country’s capacity to export would build up only after we complete export-oriented projects.

“We want to facilitate all the industries, however we can only do so under our given capacity of inflows. We do not produce dollars locally, they come through exports, remittances and inflows from lenders,” said Ahmed.

“We are focusing on improving our capacity, and are also taking administrative intervention to bring our imports on a reasonable level,” he added.

He assured the business community that the central bank would ensure the approval of 365-day or over LCs from banks. “Similarly, if you have arranged a project loan, and yet the LCs are not being opened, the SBP will ensure it,” he said.

FPCCI President Irfan Iqbal said that Pakistan’s image might damage in the global market due to its worsening economic situation and foreign investors might also leave the country.

The business community, traders and presidents of various associations have burdened the governor with their complaints. They ruled that the commercial banks are not taking State Bank’s advice on opening the Letters of Credit. If the central bank fails to announce a prompt policy in this regard, the economy will sink, they warned.