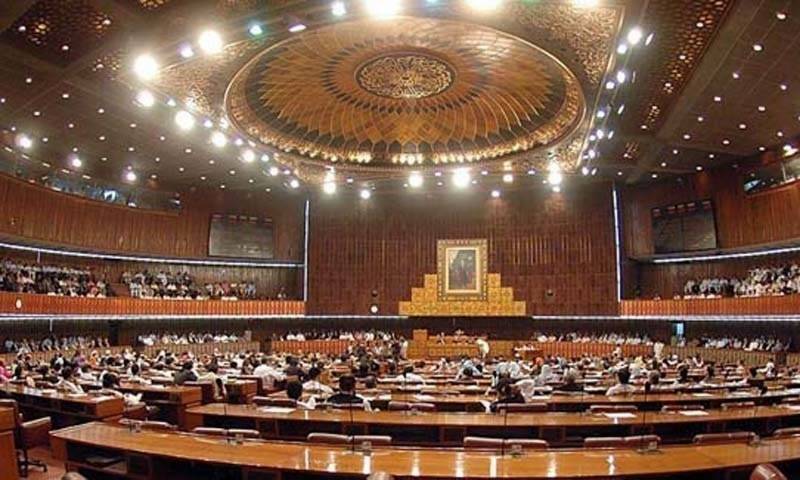 ISLAMABAD (NNI): The Senate on Friday approved the passage of “Islamabad Capital Territory Local Government (Amendment) Bill 2002”, amid strong protest from the opposition benches.
The bill was moved by State Minister for Law and Justice Shahadat Awan in the senate after the legislation sailed through the National Assembly (NA) on Dec 22 despite a protest from the opposition members and voices on lack of quorum in the House.
Senate Chairman Sadiq Sanjrani chaired today’s session in which the bill was tabled.
The bill was aimed at increasing the number of Union Councils from 101 to 125 within the Islamabad Capital Territory to cater for the existing population of the federal capital. The mayor and deputy mayor shall be directly elected as joint candidates by the voters. The opposition senators protested over the presentation of the bill and chanted slogans against the government. The opposition lawmakers also surrounded the dice of the Senate’s chairman to disrupt the proceedings.
The Senate meeting continued under the chairmanship of Sadiq Sanjrani.
PTI senator Faisal Javed pointed out the quorum in the Senate. The bells were rung for three minutes on the instructions of the Senate Chairman.
The chairman Senate continued reading the agenda item. On this, PTI senators tore up copies of the agenda and bill. PTI senators walked out in the Senate. There were 22 senators from the government and the opposition benches in the Senate, 24 senators are required for a quorum.
Clause-by-clause approval of the Islamabad Municipal Elections Amendment Bill was taken in the Senate session.
The Senate approved the Islamabad LG Amendment Bill 2022 amidst a great uproar. 24 votes were cast in favor of the bill while 12 were against it.
Earlier, the approval of the Islamabad LG Amendment Bill was taken from the National Assembly yesterday.
Under the amendment, the federal government has been authorised to increase or decrease the number of union councils from time to time. “If the office of the mayor of local government falls vacant during the term of the council for any reason, the Election Commission shall hold a fresh election to the office of the head of the local government.” The Senate session was adjourned for an indefinite period of time.