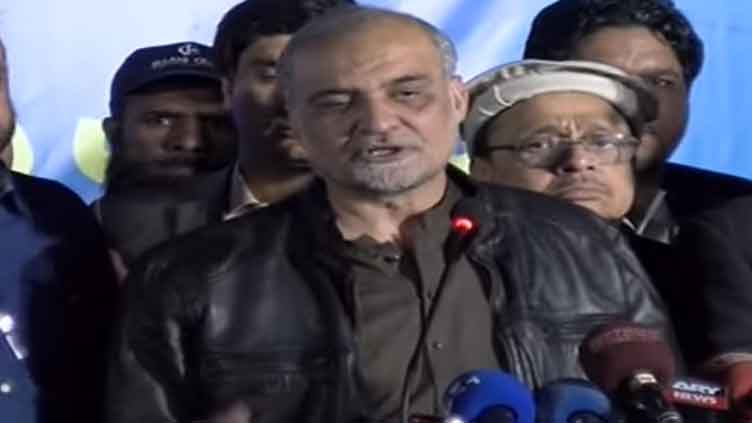 F.P. Report
KARACHI: Jamaat-i-Islami’s Hafiz Naeemur Rehman alleged on Sunday that the results of the second phase of local government elections in Sindh were deliberately being delayed in Karachi.
His remarks came after polling in 16 districts of the province ended, with counting of votes currently under way.
Speaking to the media in Karachi on Sunday night, Rehman alleged that the presiding officers were bound to handover the Forms 11 and 12 once the votes had been counted.
“Some deputy commissioners and district returning officers of the Sindh government, and the government itself, are interfering and the Election Commission of Pakistan has also issued a directive for releasing the Forms 11 and 12.”
He said that despite the directives issued by the ECP, the forms hand not yet been handed over.
He warned the electoral watchdog and the Sindh government that if the forms were not provided within the next half hour, the party would initiate a city-wide protest or stage a sit-in outside the commission’s office. “You can’t attack our mandate. The people and the city of Karachi have voted for us with great hopes.”
Foreign Minister Bilawal Bhutto-Zardari, who is also the PPP chairman, said on Twitter that his party had “swept” the polls.
The polling process was otherwise uneventful, except for minor clashes reported at several polling stations.
Television reports from the start of the day showed a low turnout amid single-digit morning temperatures. Turnout improved as the day progressed.
Polling began at 8am and continued till 5pm.
In a statement issued at the end of polling, Chief Election Commissioner Sikander Sultan Raja congratulated the provincial government, law enforcement agencies, the interior ministry and the Pakistan Army for cooperating with the election staff.
Sindh Inspector General Ghulam Nabi Memon appreciated the performance of the police, the Rangers and other law enforcement agencies in ensuring peace during the polls.