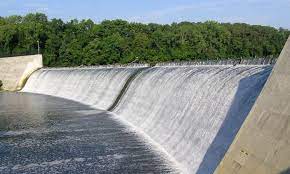 PESHAWAR: Desertification and drought have recently emerged as one of the major environmental and agricultural development problems across the globe where around two billion people live on dry lands and their biological productivity was under threat due to aggressive degradation of natural resources, especially consumable water in the wake of climate change’s challenges.

Out of 195 countries having eight billion populations, about two billion people in 110 states including Pakistan and two-thirds of the world’s agricultural land were highly prone to land degradation, drought and desertification mainly due to scarcity of water.

According to available data, an estimated USD 42 billion of economic loss and six million hectares of productive land was being lost every year due to land degradation, drought and desertification in the world, thus affecting overall agricultural productivity and posing threats to food security in the aftermath of weather patterns.

SLMP-II program, which was started with co-partnership of Federal and Provincial Governments with financial assistance from UNDP and Global Environment Facility (GEF), has revealed that underground water resources in the western dry mountains of Sindh and Balochistan were shrinking due to heavy exploitation of aquifers without any natural recharge.

The National Water Policy 2018 has disclosed that Pakistan was gradually heading towards water stress due to shortage of dams, which might lead to food insecurity for all living creatures in near future.

According to the policy, per capita surface water availability has declined from 5,260 cubic meters per year in 1951 to around 1,000 cubic meters in 2016 and this quantity would likely further drop to 860 cubic meters by 2025.

It warned that the groundwater situation was expected to further drop in the country mostly in Punjab and Sindh, where one million tube wells were currently pumping about 55 million acres feet (MAF) of underground water for irrigation, which is 20pc more than that available from canals.

Terming the findings of the policy alarming, Ikhtair Wali, spokesman of PML-N KP and MPA accused the PTI’s government for its poor energy and economic policies that plunged the country into energy and gas crisis besides increasing an import bill to $ 27 billion.

He said work on Mohmand dam with capacity of 800 MW and Diamir Bhasha dams with a 4500 MW capacity was unnecessarily delayed by the PTI government, resulting in a sharp increase in demand and supply gap of electricity and gas that plunged the country into load shedding.

Had Diamir Bhasha and Mohmand dams constructed and gas and alternative power resources were developed, Pakistan would have achieved 50,000MW affordable electricity today. He said in the second phase, 200 more villages were included in 2015 under which around six lakh acres land was brought under sustainable rain-fed agriculture and water conservation programs before closure of the project in June 2020.

“We have shared the project’s models with KP agriculture, forest and others relevant departments with special recommendations for water conservation, rains water harvesting and construction of small dams,” he said.

At Komara Sitam in Tank and Ratkoi DI Khan, he said structures for small dams were constructed for storage of rainwater and averting flash floods from Koh-e-Sulman mountains range.

He said Pakistan was bestowed with more than 24 big and small rivers including five in Punjab, four in Sindh, eight in Khyber Pakhtunkhwa and seven in Balochistan with numerous suitable natural sites for construction of small, medium and big dams.

These rivers are endowed with a number of potential sites at Diamir Bhasa, Dasu Kohistan, Kalabagh on River Sindh, Mohamad and Kalam on River Swat, Shalman Khyber on River Kabul, Tangi on River Kurram in North Waziristan, Kaghan-Naran on River Kunhar for construction of dams.

Engr Fakhre Alam said that in the world, about 46,000 big and small dams were constructed including 22,104 dams by China, 5,334 by India and only 150 dams by Pakistan since its independence.

He said small dams could easily be constructed in a short span of two to three years while big dams mostly require 10 to 15 years, adding that Pakistan would require additional 76 MAF water by 2050 which was only possible by constructing small and medium dams.

Engr Fakhre Alam said that 37 small and medium dams were constructed in Khyber Pakhtunkhwa including 15 operated by the provincial government while 11 supervised by WAPDA and ten were constructed in merged districts having 0.1377 million-acre cultivated (CCA) and 0.3414 Acres Feet (AF) water storage capacity. He said 24 small dams with accumulative water storage capacity of 75,008 AF having 49,523 acres CCA were being built in different districts of KP under Federal government’s PSDP program.

Besides completion of Pezu dam in Lakki Marwat, Khattak Bandhan dam in Kohat, and Makh Banda dam in Karak by the federal government, he said Ichar and Manchura dams at Mansehra, Chashma Akora Khel dam in Karak, Sarozai dam in Hangu, Sanam dam in Lower Dir, Bada dam and Ulta dam in Swabi were also constructed jointly by the federal and provincial governments.