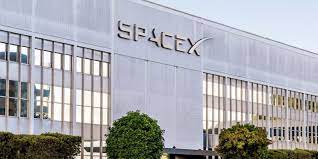 NEW YORK (Reuters): Elon Musk s SpaceX is raising $750 million in a new round of funding that values the rocket and satellite company at $137 billion from investors, including Andreessen Horowitz, CNBC reported late Monday.

Reuters had reported in November that SpaceX was in talks about an offering of mostly secondary shares that could value the company at up to $150 billion, representing a 20% increase in valuation.

SpaceX, which counts Alphabet Inc (GOOGL.O) and Fidelity Investments among its investors, had raised about $1.68 billion through equity financing in June.

Spokespersons for SpaceX and Horowitz did not immediately respond to Reuters  requests for comment. Horowitz was also a co-investor in Musk s Twitter buyout deal worth $44 billion.

SpaceX has launched numerous cargo payloads and astronauts to the International Space Station for the National Aeronautics and Space Administration (NASA).

Starlink, SpaceX s growing network of thousands of internet satellites, is looking at generating major revenue with commercialized applications such as the rollout of high-speed internet on commercial airlines.