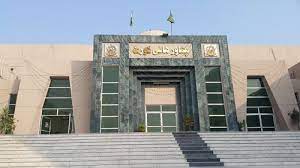 PESHAWAR: Chief Justice Peshawar High Court (PHC) Justice Qaiser Rashid remarked that stakeholders leave their houses to address hurdles facing by public while observed they had kept blind eye to problems as well as see nothing outside their home but there is another world outdoor from glass’s palaces and submitting positive reports that everything is good, on Wednesday.

Secretary’s forests informed that requested for provision of further time for submission of report in the regard because the committee is returned yesterday from Chitral.

He added that court’s order implemented in true spirit and claimed that permits issuing to local communities for small trees to ensure provision of wood for heating due to serve cold weather in the area.

Unfortunately, contracts are granting from here for cutting of forest at Chitral while the local community cannot able to cut wood for their daily usage, Chief Justice observed.

The counsel Ali Gohar Durrani informed that in 2017 Liquified National Gas (LNG) mix air plant was planned in Chitral but it was shifted to Gilgit due to political issues while the competent argued that the project is stopped due to unavailability of funds but the government is purchasing 165 Mercedes luxury vehicles for ministers.

Director General Mines and Minerals Muhammad Naeem informed that ban is imposed on every kind of leases as per court’s directions to evaluate it for smooth delivery and doesn’t create environmental issues while Chief Justice ordered DG to personally look into the matter to curtain hurdles.

Director General Gas Muhammad Rashid informed that LNG mix air plant planned for Gilgit nor for Chitral but dropped due to unavailability while Chief Justice observed what are proving government closing public interest projects and added that court should not leave Chitral alone because it is also part of Pakistan.