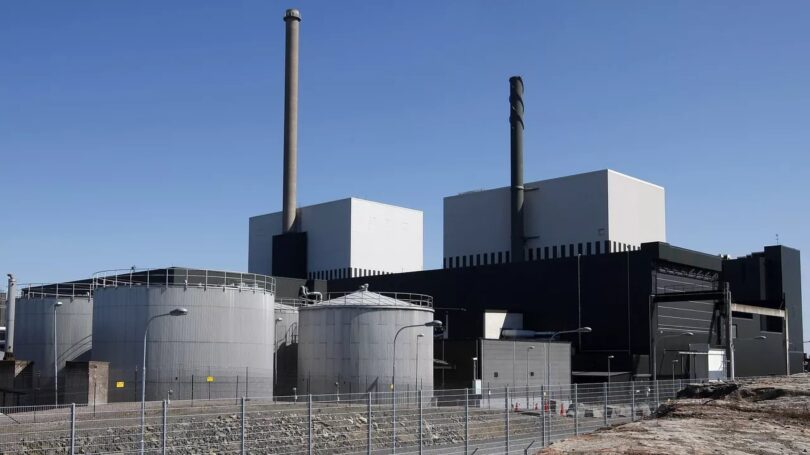 The topic of nuclear energy has long been fraught with controversy in Sweden, as its two rival governmental blocs, the “reds” and the “blues”, hold opposing views on the matter, jeopardizing the nation’s long-time commitment. So far, the ball is in the blues’ court, with massive expansion plans underway as the country suffers an energy crisis.
As Sweden’s new centre-right coalition government has openly embraced nuclear power, marking a departure from decades of hesitation and reluctance, planning work is already underway.
The government, led by liberal-conservative Moderates, has touted nuclear energy as a key tool to reduce dependence on fossil fuels and create a cheap route out of the energy crisis. Among others, Moderate Foreign Minister Tobias Billstrom stressed that Sweden should expand nuclear power and build more reactors.
The basic coalition agreement drawn up between the Moderates, the Christian Democrats and the Liberals, as well as the national-conservative Sweden Democrats that remained outside government yet agreed to provide external support, has instructed Vattenfall, the national energy company, to start planning for new nuclear power “immediately”.
Right on cue, Finnish utility Fortum and Swedish small modular reactor (SMR) project development company Kärnfull Next have signed a memorandum of understanding to explore opportunities in new nuclear development in Sweden.
SMRs are about a quarter the size of today’s large nuclear reactors. Vattenfall itself has previously stated that SMR are the most interesting possible investment in new nuclear power.
According to a report by the consulting company WSP presented at a seminar at the Academy of Engineering Sciences, Sweden can build up to 25 SMRs by 2050, if the politicians have their way. At the same time, government subsidies are believed to be required for someone to dare to invest.
The 25 SMRs would generate approximately 40 terawatt-hours (40 trillion watts an hour (TWh)) of electricity in 2050, as Sweden is expected to double its electricity consumption by that year which would need an extra 150 TWh. At the same time, the 40 TWh is not enough to replace today’s six nuclear power plants, which according to the current plans must be taken out of operation because of their age by 2045 at the latest.
“There is a superstition among some politicians that nuclear power will solve everything. New nuclear power may be good in the long term, but it is not enough,” Anna Nordling of WSP, the author of the report, told Swedish media, putting a damper on the government’s ambitions.
She also stressed potential obstacles, with a long-time commitment being arguably the largest. According to Nordling, a positive image for nuclear power will take more than promises in a single election cycle to win over a nation whose population and politicians have long been averse to it.
Apart from wavering political ambitions, other deterrent factors include the issue of waste and uranium mines. She also stressed that even in nuclear-heavy countries such as the UK, France and Finland, reactor construction has been significantly delayed and proved much more expensive than planned.
Sweden’s six nuclear power plants presently in use provide up to 40 percent of the country’s electricity. In 1980, the government famously decided to phase out nuclear power as a result of a popular referendum after the Three Mile Accident in Pennsylvania in 1979. However, some saw the referendum as flawed since Swedes were only presented an alternative between a hard or soft “no” to nuclear power.
Ever since, the nuclear issue has sparked perennial debate in the Nordic country. The Social Democrats, who dominated Swedish politics since the mid-20th century, have long favored dismantling nuclear energy altogether, especially when spurred by their allies the Greens. The new government led by their archrivals the Moderates reversed gear and, quite tellingly, rewrote the long-term energy policy goal from “100 percent renewable to 100 percent fossil-free”.
In 2022, Sweden was badly affected by Europe’s spiraling energy crisis stemming from western sanctions against Russia which had been designed as a “punishment” for its special operation in Ukraine. This occurred despite Sweden’s role as an exporter as well as being traditionally self-sufficient for electricity, alongside a massive hike in consumer electricity prices and warnings of possible power cuts.