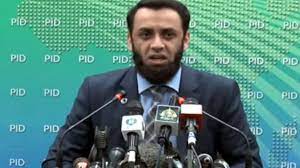 ISLAMABAD: Special Assistant to Prime Minister (SAPM) on Interior Attaullah Tarar has regretted the threats hurled by the Pakistan Tehreek-i-Insaf (PTI) leaders to the state institutions including Election Commission of Pakistan (ECP).

Addressing a news conference along with PML-N leader Abid Sher Ali here in Islamabad on Wednesday, he said the case has been registered against PTI leader Fawad Chaudhry in accordance with the law for threatening the ECP, Chief Election Commissioner and ECP’s Members. He said the case will also proceed as per the law.

“We do not believe in any political vengeance”, he added. PML-N leader Abid Sher Ali said due process was followed in the appointment of the caretaker Chief Minister Punjab. He said the case against Fawad Chaudhry is not politically motivated but those who will challenge the state will have to face the law.