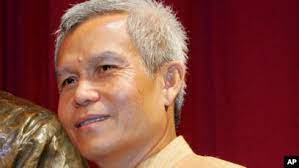 WASHINGTON: Ten years ago today, respected Lao civil society leader Sombath Somphone was abducted from a police checkpoint in Vientiane, Laos.  The United States remains deeply concerned over his fate, the lack of progress by the Government of Laos in resolving his disappearance, and holding those responsible for his abduction accountable.

On the tenth anniversary of his disappearance, we renew our call for the Lao Government to conduct a full, thorough, and transparent investigation into his abduction and disappearance.  We urge the Lao Government to take all actions possible to resolve this case for his family and the countless others in Laos and the international community who have been inspired by Sombath’s exemplary leadership and devotion to his country.

The United States is committed to advancing human rights and fundamental freedoms globally.  We will continue to raise Sombath’s disappearance, as well as concerns regarding individuals detained for exercising their human rights, with the government of Laos.