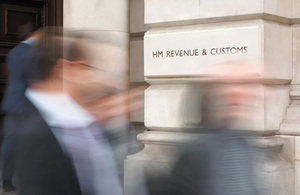 LONDON: Exporters will have more time to move across to the Customs Declaration Service, HM Revenue and Customs (HMRC) has announced.

Following consultation with the border industry, exporters will now have until 30 November 2023 to move across to the Customs Declaration Service (CDS), 8 months later than previously announced.

We have moved the deadline to enable us to spend more time working with industry in delivering and testing critical functionality as well as the support needed to help declarants move across to the new system.

The extra time also allows businesses and stakeholders more time to prepare their customers and software products for the November deadline.

We believe the new timeline for CDS exports is a sensible and pragmatic decision, allowing HMRC and, in turn, service providers, traders and agents, to develop systems and procedures that work for all from day one.

AICES fully supports the Government’s extension of the migration timetable for exports on CDS. It is a pragmatic decision which reflects the need to ensure the new system is properly tested and stable. We particularly welcome the decision to allow operational flexibility with the phased migration of exports from CHIEF to CDS.

AFSS and its members welcome the announcement to move the Exports deadline for CDS, and the revised plan has our full support. Indeed, we are particularly grateful for the huge effort made by HMRC to consult and work with AFSS in the programme. Jointly, we have sound controls and checkpoints in place to ensure that as we progress into 2023, we successfully achieve the Trader migration to the new platform.

CDS has been running since 2018 and is already being used for making import declarations when moving goods into the UK. The service will replace the Customs Handling of Import and Export Freight (CHIEF) service, representing a significant upgrade by providing businesses with a more user-friendly, streamlined system that offers greater functionality.